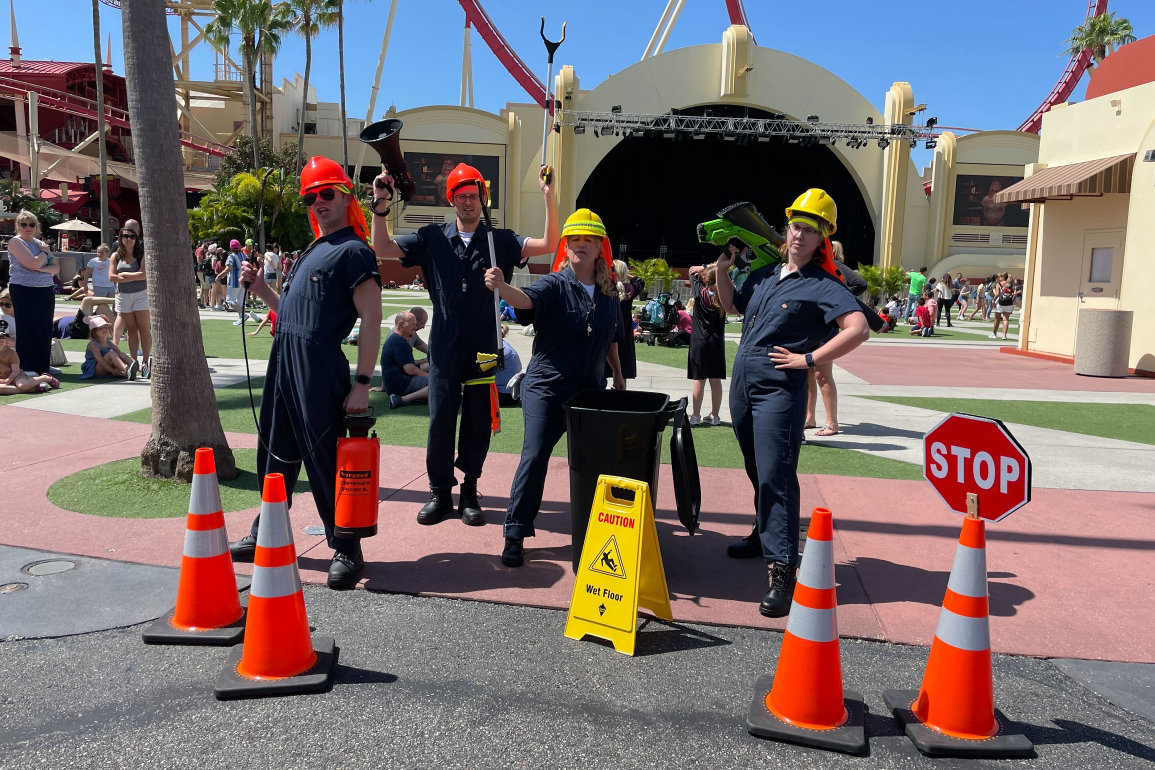 Next time you head out to Universal Studios Florida, you might find yourself in the middle of a rather wacky construction site! The brand-new City Force streetmosphere team has started performing around the park, and we were on hand to catch the first few shows.

The City Force set up a training session area with the parking cones and then put pieces of trash around the area and a trash bin at the end.

They gave the kid a trash picker, and then he had to race to pick up the trash and put it in the bin, but the other characters were using a leaf blower to blow the trash and spraying water to make it a challenge.

They also make a bit of a commotion interacting with other guests as they walk around the park.

Watch them in action in our video below.

Will you be on the lookout for the City Forces on your next visit to Universal Studios Florida? Let us know in the comments below!

Prime Parking Drops Back Down to $50 at Universal Orlando ResortMay 5, 2022
Construction Carries on During a Blustery Day on the Lot: Universal Studios Hollywood Photo Report 4...April 16, 2022
New ‘How the Grinch Stole Christmas’ Loungefly Backpack, Water Running on Poseidon’s Fury Sign and F...February 20, 2022

Previous
Construction Walls Removed From Outside Guardians of the Galaxy: Cosmic Rewind at EPCOT