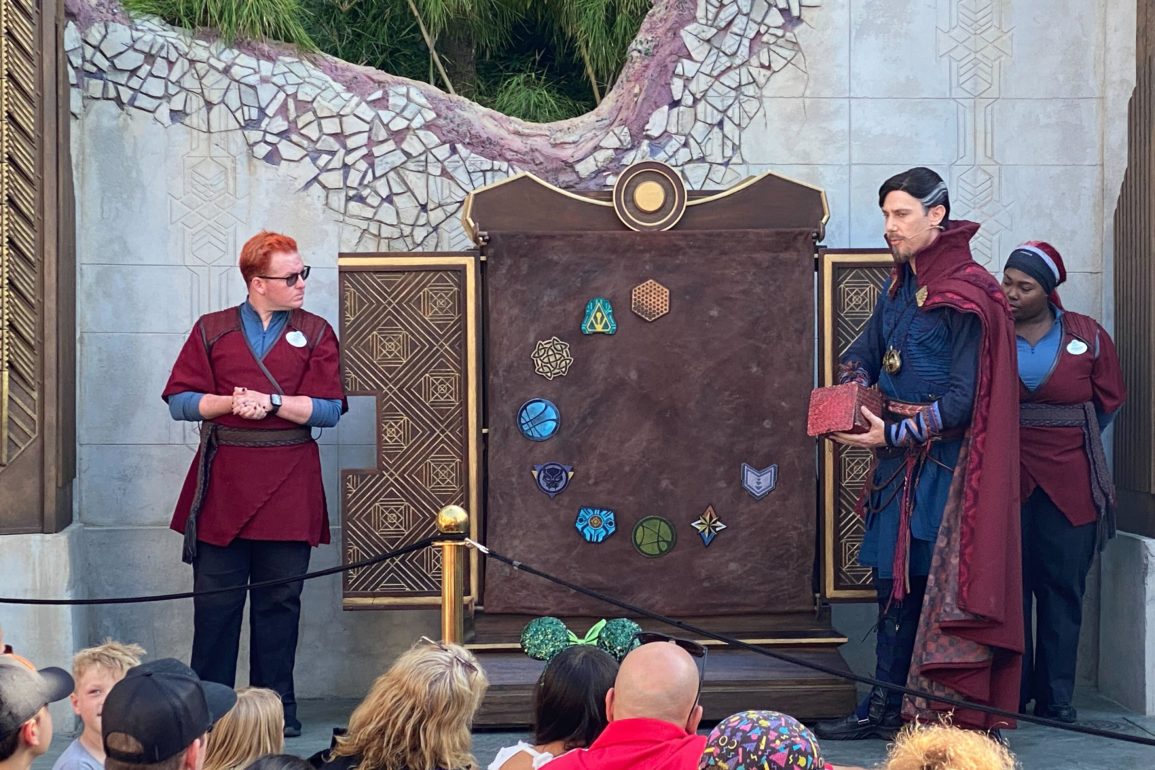 The “Doctor Strange: Mysteries of the Mystic Arts” show at Avengers Campus in Disney California Adventure has been changed slightly since it originally premiered last year.

Like the previous version of the show, it begins with Strange emerging from a portal in this doorway.

Dr. Strange explains that the astral ring in his right hand must not fall into the hands of Dormammu.

Instead of using the Cloth of Concealment to attempt to hide the ring first, Strange skips right to using the Box of Transformation. He also wants to use the Spectral Staff to create a shield, but doesn’t know where the staff is.

In the previous version of the show, he consulted the Soul Seeker to find out about the staff, but in the new version, he uses the Dimensional Map. He places pieces on this canvas to represent different places, and some are recognizable as superhero symbols. Counter-clockwise from the top, each symbol represents the Quantum Realm, Nowhere (Tanaleer Tivan), Asgard, the New York Sanctum, Wakanda (Black Panther), Sakaar, the Hong Kong Sanctum, Hala (Captain Marvel), Hawkeye, Xandar (Nova Corps), the London Sanctum, and Westview (see the last few in our video below).

He then asks guests to pick a number between 1 and 15. Through a series of math and mind games, he counts around the circle, eliminates different places, and finally figures out that the staff is on Asgard.

He then summons Thor and the show picks up the same as it did before.

Watch our video of the new show below:

Next
More Otherworldly Symbols Added to Courtyard of Guardians of the Galaxy: Cosmic Rewind at EPCOT