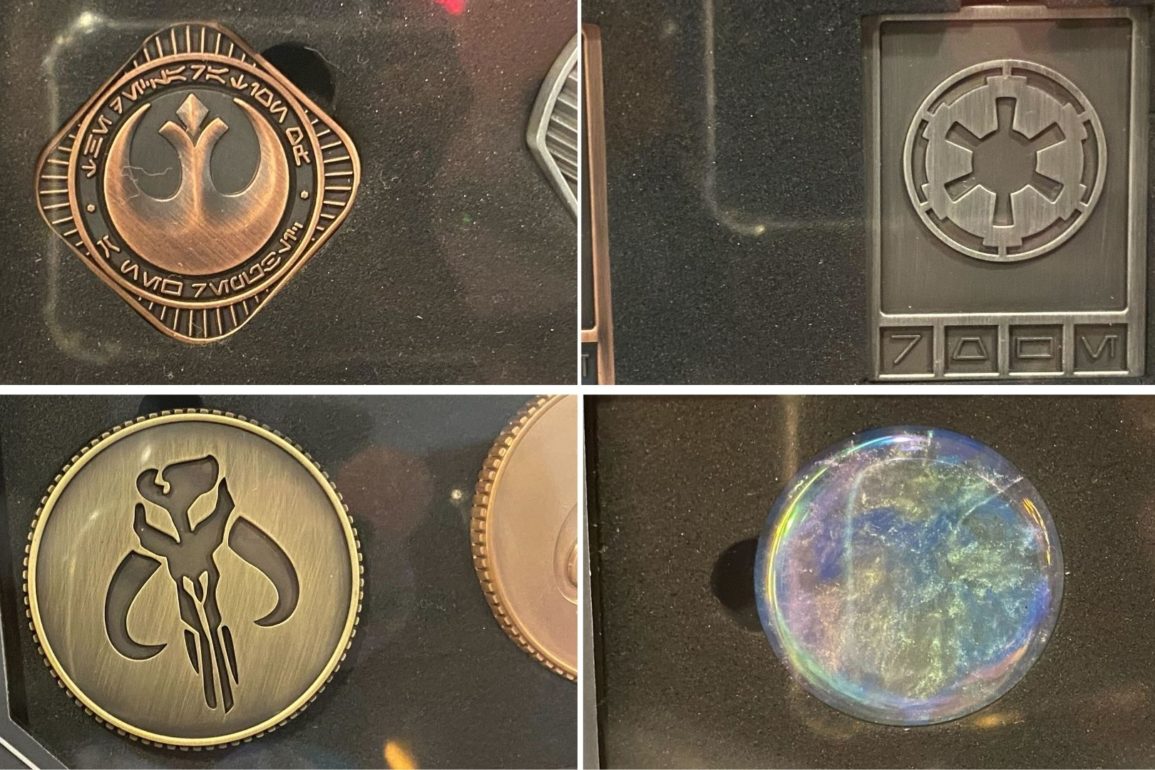 If you’ve just arrived on Batuu, you may want to “exchange” some of your dollars into galactic currency. And by “exchange,” we mean you can now purchase sets of different coins from around the “Star Wars” universe at Dok-Ondar’s Den of Antiquities inside Star Wars: Galaxy’s Edge in Disneyland.

Calamari Flan is the currency of Mon Cala. It made its on-screen debut in episode one of “The Mandalorian.”

In the show, the Calamari Flan are squishy, but these are hard. This is a set of six.

These are likely for use on the homeworld of Mandalore, as it has been established in “The Mandalorian” that The Tribe considered Beskar fair payment as currency.

These Imperial Credits were the standardized form of currency across the galaxy during the reign of the Empire. They were just another form of the Galactic Credit Standard, a uniform currency established by the old Republic.

Each ingot is embossed with “ROWE” in Aurebesh, which is a mystery as to its meaning.

In Aurebesh, this one says “New Republic” and features the symbol for credits in the lower right corner.

This coin says “The Declaration of a New Republic” along the top and bottom.

This coin also says “The Declaration of a New Republic,” but the patina on copper finish makes it much easier to read.

Will you be adding these to your coin collection? Let us know in the comments below!