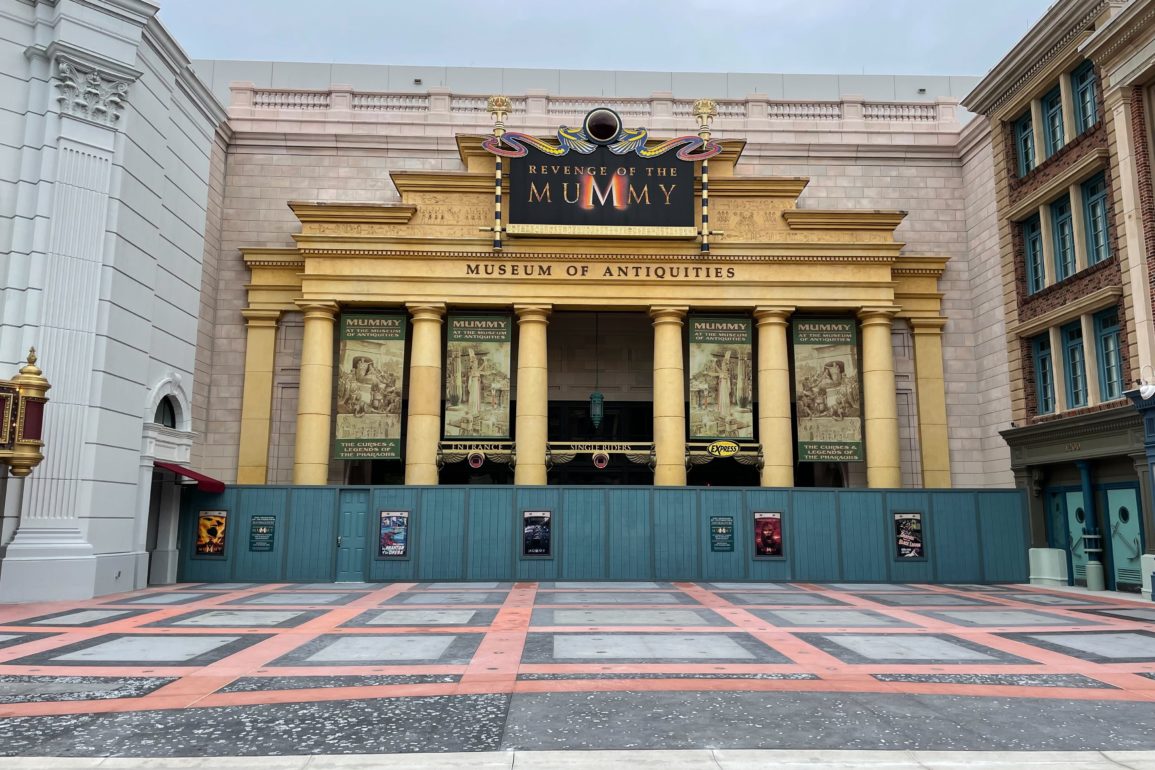 The construction walls around Revenge of the Mummy in Universal Studios Florida have been moved back, revealing freshly refurbished pavement.

The coaster closed in January for refurbishment and may reopen by July 4.

The construction walls are now right up against the attraction’s Museum of Antiquities façade.

Some of the red, black, and grey pavement looks refreshed.

Universal Orlando Resort has been hiring internally for the reopening of Revenge of the Mummy, with training scheduled for early summer.

While the attraction has been closed, Sahara Traders has become a Classic Monsters Tribute Store.

The main entrance is blocked off, and guests can now enter through the Palace Arcade.

A sign on the wall points to the store’s entrance.