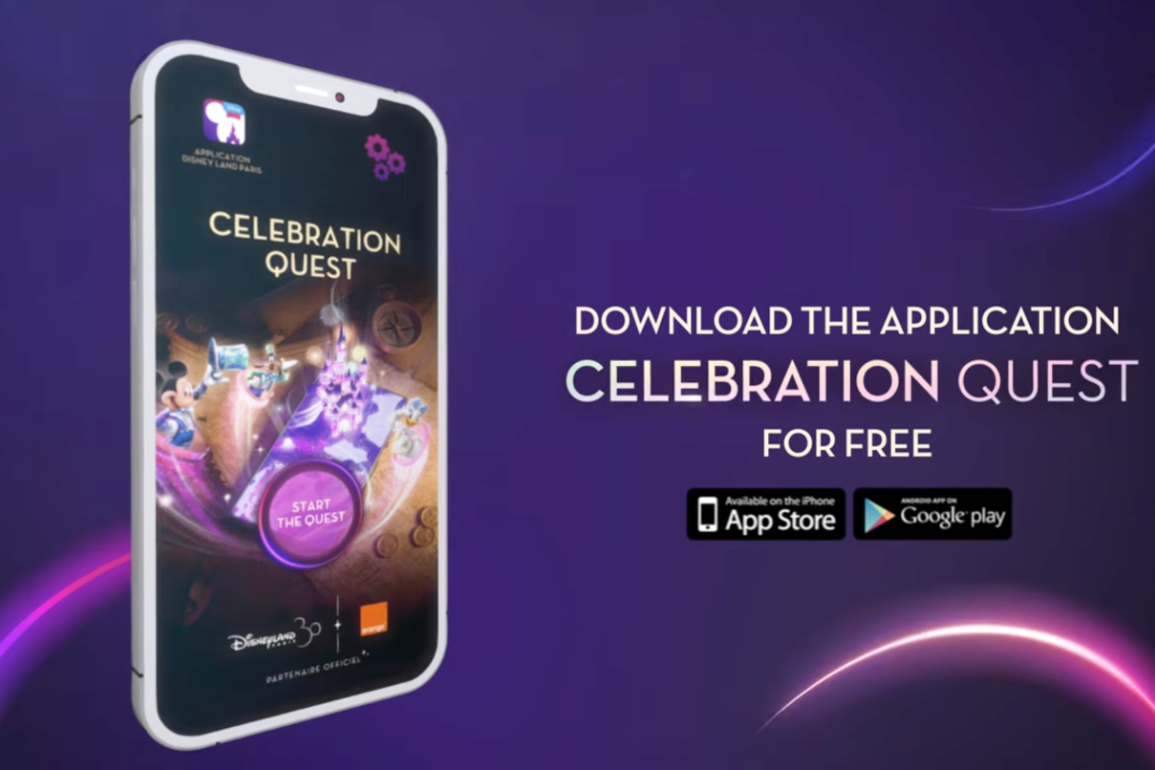 Disneyland Paris and Orange have teamed up to launch the new Celebration Quest app. This app allows guests to take part in a “dazzling treasure hunt” across the two Disneyland Paris parks in honor of the resort’s 30th anniversary.

Guests solve the puzzles by scanning decorations with their phone’s camera and/or answering questions. With each puzzle solved, they will unlock a digital badge and a fun fact about the location. A “Magic Book” will allow guests to obtain a badge without solving the puzzle if it is too complex or the location is inaccessible. Five of the badges are rare and constitute the “Treasure Hunt,” while the other twenty-five constitute the “Collection.”

After a guest solves a specific group of puzzles, they will unlock an exclusive photo filter featuring Disney characters in their 30th anniversary costumes. There are seven total photo filters: one per Disneyland Park land, one for Walt Disney Studios Park, and one for the “Treasure Hunt.”

After completing the “Treasure Hunt” and/or the “Collection,” guests can enter a draw to win a stay at Disneyland Paris, park tickets, or 5G smartphones.