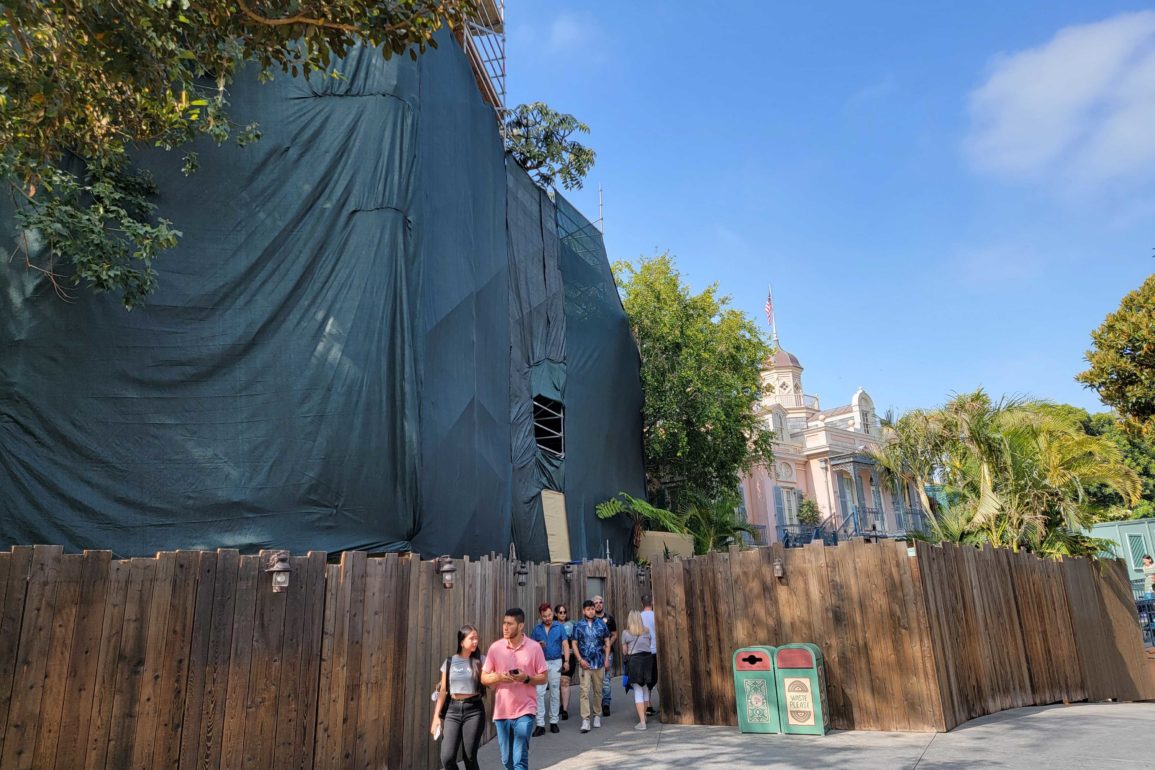 After being almost completely demolished, the entrance of the former Tarzan’s Treehouse is now fully gone at Disneyland Park.

The small fenced-off area now appears empty except for some trees.

The rest of the attraction, which is being rethemed, is still surrounded by scaffolding and scrim.

The removal of the entrance and rope bridge will open up the pathway between Adventureland and New Orleans Square.

A hole is open in the green tarp but we couldn’t quite see inside.

Disney has not announced a new theme for the treehouse, which originally opened as the Swiss Family Treehouse in 1962. It became Tarzan’s Treehouse in 1999. Rumor has it the attraction may get an “Encanto” theme inspired by Antonio’s treehouse bedroom.

Next
The Hooligans Perform at United Kingdom Pavilion in EPCOT