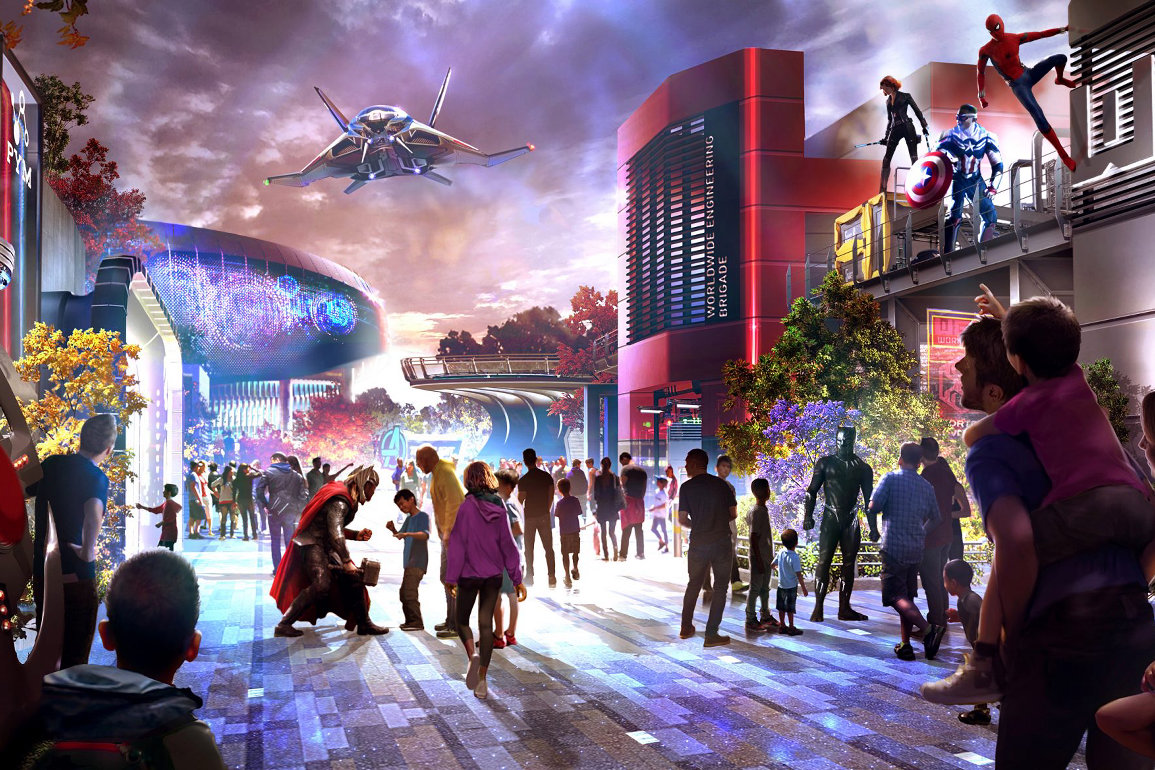 Avengers, assemble… at Walt Disney Studios Park! A whole host of the Earth’s Mightiest Heroes will be coming to the newest Avengers Campus and we now have more details.

The heroes that will be encountered roaming the campus or on the rooftops include:

Like in California, guests will get the chance to train with Black Panther’s loyal protectors, the Dora Milaje, and learn from the warriors of Wakanda on what it’s like to be a member of this elite royal guard.

Also, a sleek new high-tech Avengers vehicle will roam the Campus throughout the day dispatching the Heroes in style! And, of course, up on the QuinPad, the gleaming Quinjet will also be the focal point of special missions.

Saving the world can also be fun as recruits will have a chance to try on their best dance moves during an interactive dance-off with Star-Lord and Gamora from the Guardians of the Galaxy.

The Gateway Portal will also give recruits the chance to capture the moment when they meet one of the many Super Heroes of Avengers Campus.

In the Training Center, guests can experience a one-of-a-kind encounter with Spider-Man, Iron Man, and Captain Marvel. For the first time in a Disney Park, a dynamic “freeze frame” video sequence, created by DisneyPhotoPass with 27 cameras all around the action, can capture these meetings with Captain Marvel or Iron Man and turn them into unforgettable moments. These special encounters will be available for booking through the Disneyland Paris mobile app.