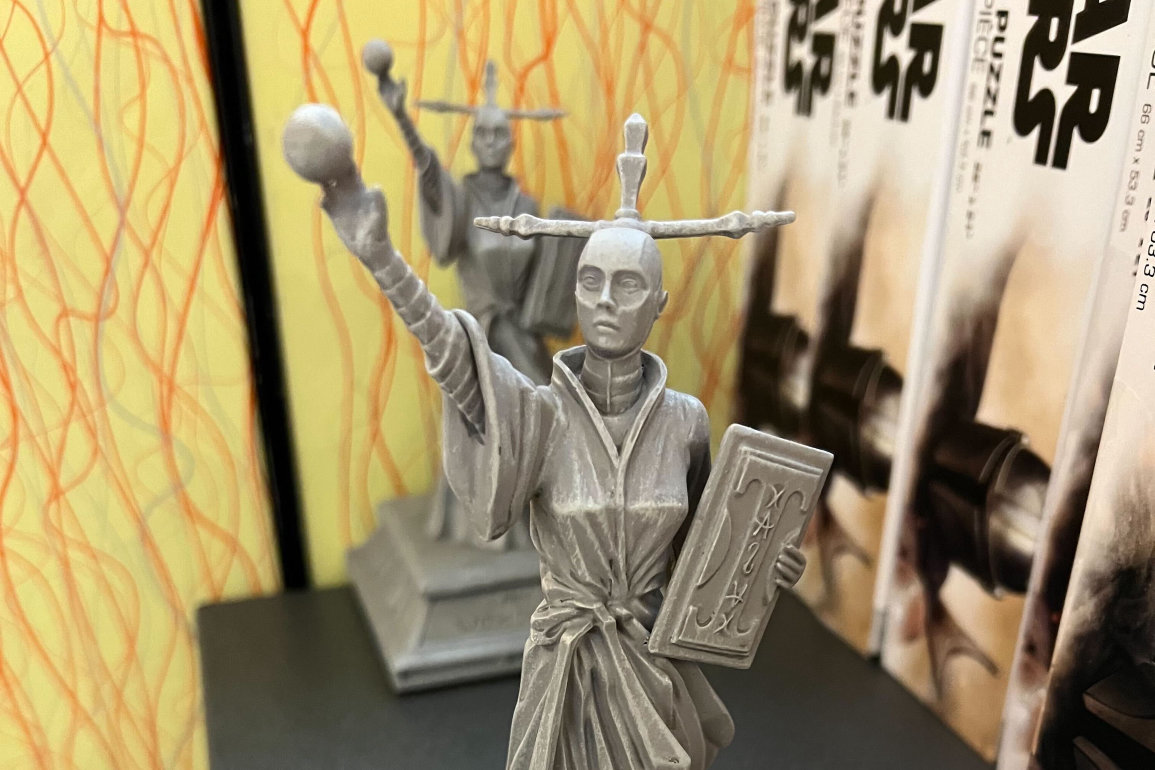 After spotting it at Disneyland last week, the mini-statue from Dok-Ondar’s Den of Antiquities in Star Wars: Galaxy’s Edge has finally landed at Walt Disney World, albeit at a somewhat unconventional location — Disney’s Saratoga Springs Resort & Spa.

This small statue depicts a Force user with their hand stretched out towards a floating ball. The base reads, “I am one with the Force.”

This is a replica of the statue outside Dok-Ondar’s, which was taken from the Jedi Temple on Coruscant according to the shop’s backstory.

We found this, of all places, at The Artist’s Palette Shop in Disney’s Saratoga Springs Resort, although we expect to see this available on Batuu any day now. Let us know if you’ll be adding this to your collection in the comments below!