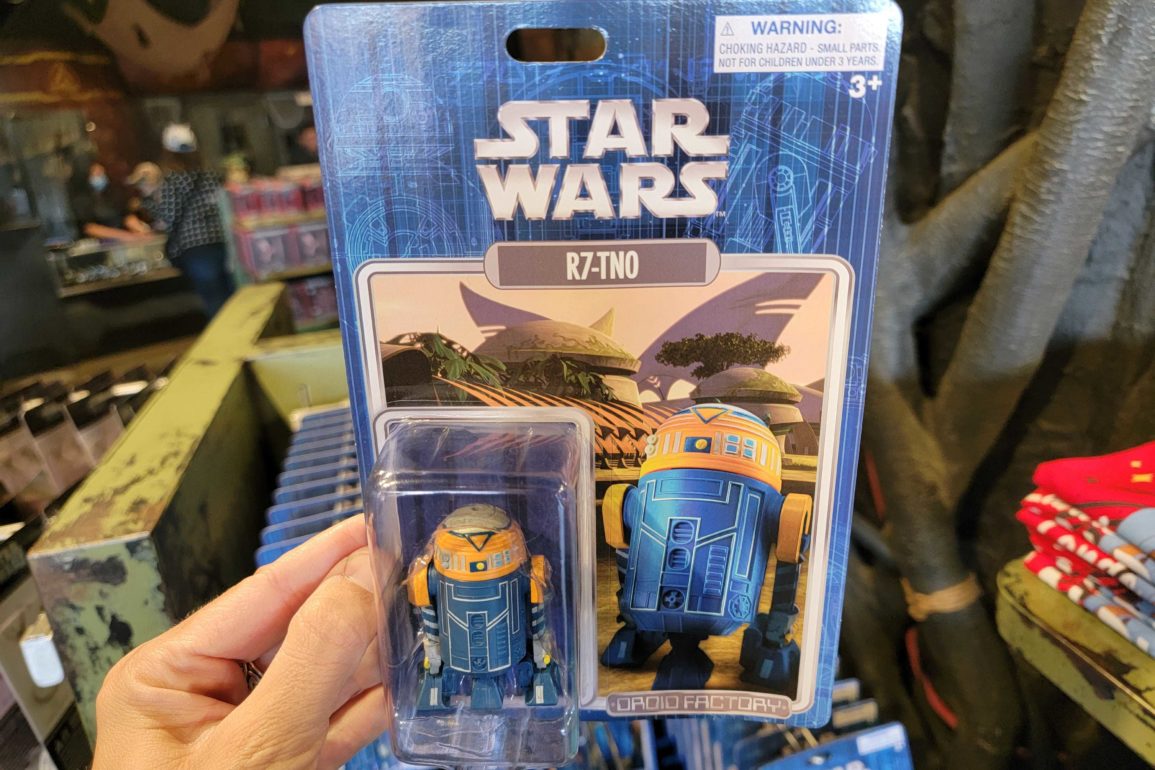 If you’re a big fan of Ahsoka Tano, you might like the very special astromech droid we found at the Disneyland Resort — R7-TN0 is an R2 unit, modeled after “Star Wars” fan favorite, Ahsoka Tano. She’s taken up residence at Star Wars Trading Post in the Downtown Disney District.

R7’s name and color scheme are a direct nod to Ahsoka Tano, one of the main characters in “Star Wars: The Clone Wars” and recurring in “Star Wars: Rebels.”

Light gray highlights give the droid a distinctive appearance.

R7’s Droid Factory description states they are ‘optimized to function’ in the ‘world of Kiros.’ That planet featured in the “Kidnapped” episode of “Star Wars: The Clone Wars.”

R7-TN0 is ready for adventure at Star Wars Trading Post in Downtown Disney. Will you snip R7 off of the shelves for your Star Wars collection? Let us know in the comments.

We previously reported on the upcoming Disney+ “Ahsoka” series.