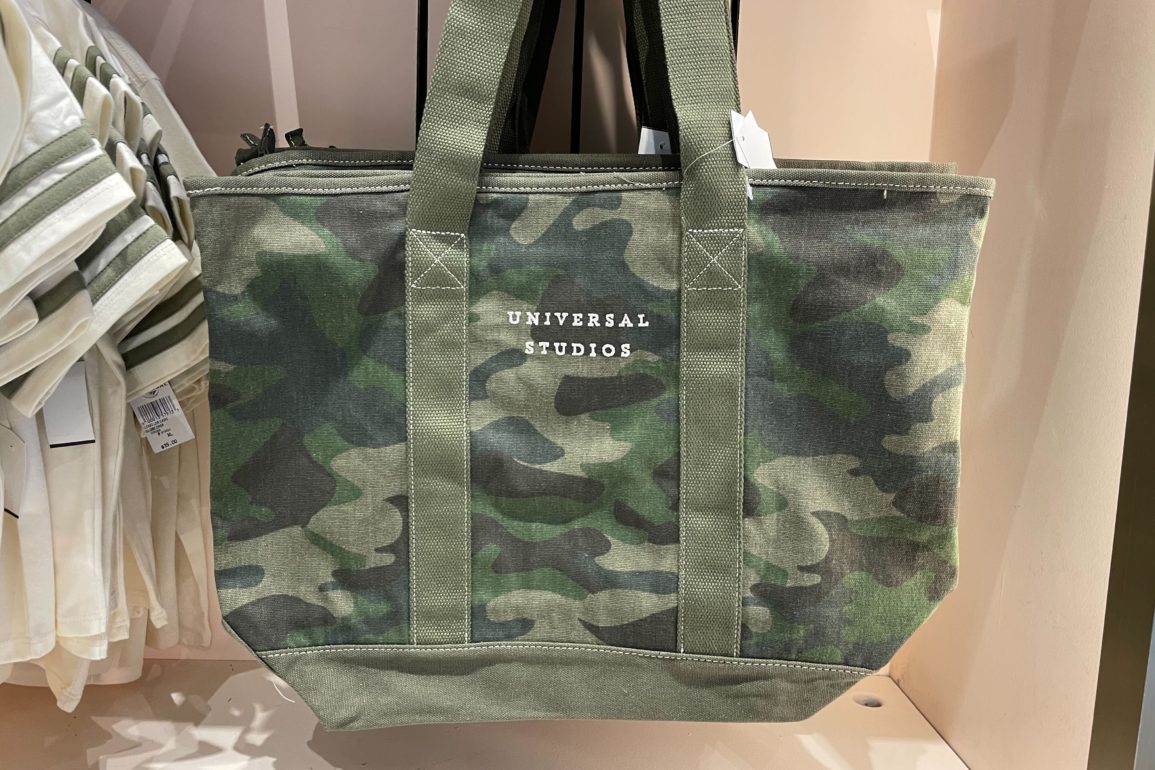 The tote is camouflage with solid green handles.

“Universal Studios” is embroidered in white on the center of one side.

It zips closed, but there are gaps on the ends.

The interior is white and green.

We found this in the Universal Studios Store at CityWalk. Check out some of the matching camouflage apparel recently released at Universal Orlando Resort.