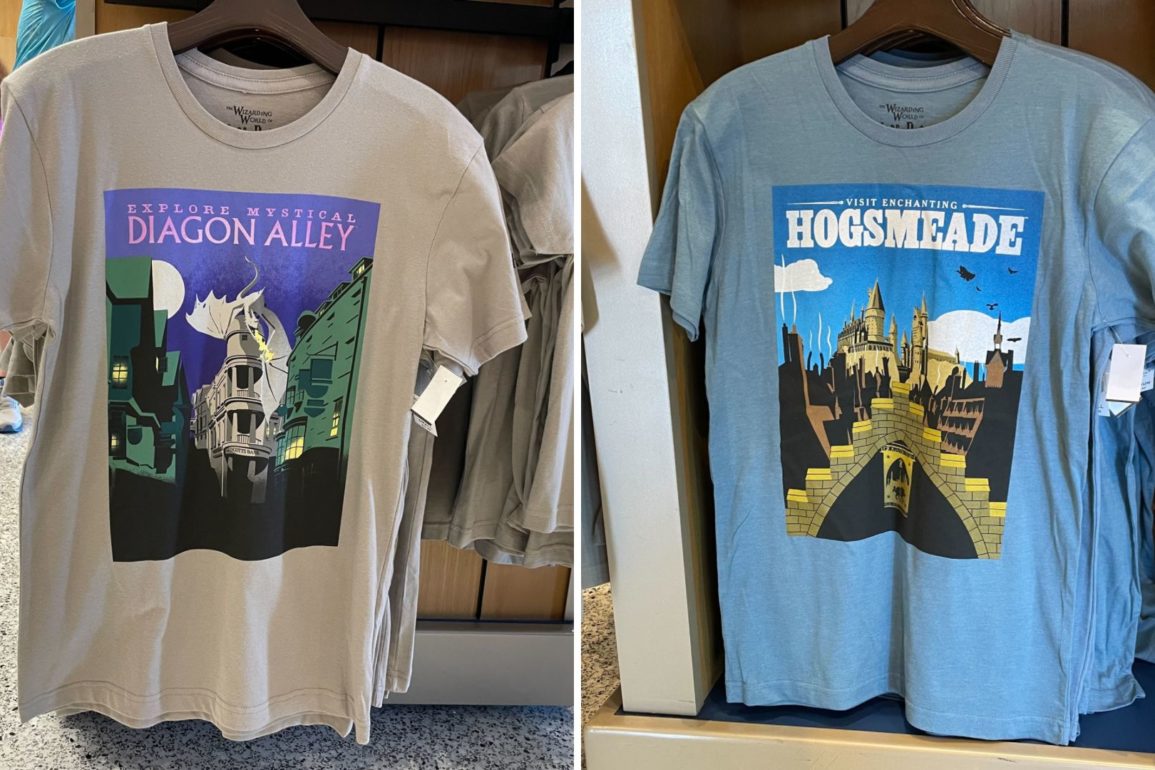 Two new tees featuring poster designs for The Wizarding World of Harry Potter – Diagon Alley and Hogsmeade are available in youth and adult sizes at Universal Orlando Resort. We found them in the Universal Studios Store in CityWalk.

The youth and adult tees have identical designs. The Diagon Alley shirts are light grey.

The Hogsmeade shirts are blue.

We have seen these poster designs on water bottles and magnets.

The Diagon Alley design showcases the land at night. Light purple letters read “Explore mystical Diagon Alley” along the top. A drawing of the land is beneath the letters, with the moon shining down on it. The dragon atop Gringotts breathes fire above the street.

The Wizarding World of Harry Potter logo is on the sleeve of each shirt.

The Hogsmeade design features the land during the day, reading “Visit enchanting Hogsmeade.” Clouds float above Hogsmeade and Hogwarts.

The Hogsmeade entrance archway is pictured, with Hogwarts in the background. A Quidditch player and some owls fly through the blue sky.

Which shirt do you prefer? Let us know in the comments.