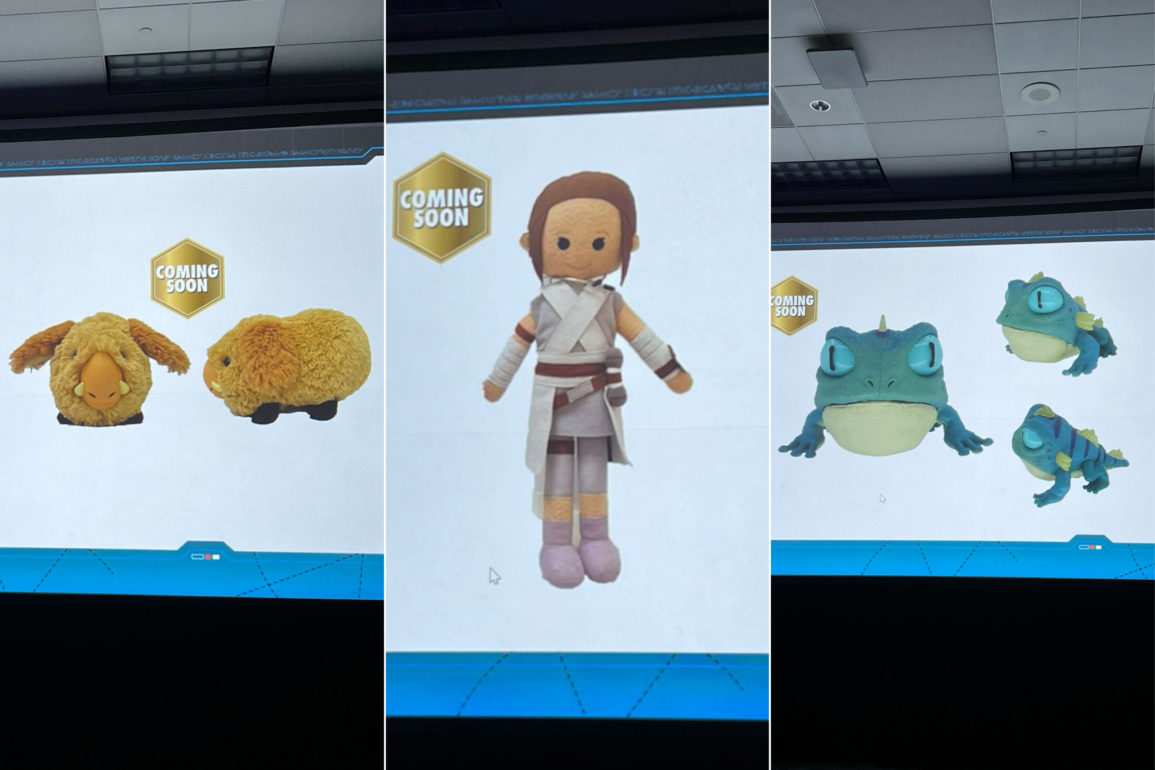 Plenty of new merchandise announcements are on their way out of Star Wars Celebration in Anaheim today, and we have three more new pieces coming straight for Star Wars: Galaxy’s Edge fairly soon. On their way to Batuu are a Rey plush and two new creatures — Gorgs and Elee.

First on the list, shared by Jedi News at SWCA on Twitter, is a new Rey doll which will make its way to Toydarian Toymakers on Batuu soon.

Two new creatures were also unveiled — first a Gorg, which appears to be some sort of frog-lizard hybrid and a favorite snack of Jabba the Hutt. You’ll be able to find this at the Creature Stall soon. This image also comes courtesy of Jedi News at SWCA.

And second, an Elee plush. Elee is part of the backstory for Star Wars: Galaxy’s Edge and was even the subject of a park-exclusive childrens book “Elee & Me” which released in 2020. Reportedly, Elee was to be a part of a third attraction on which guests could ride Banthas around Black Spire Outpost, but that attraction was dropped during development for budget reasons. Photo is courtesy of Jedi News at SWCA on Twitter.

Are you excited to bring home these new plush dolls and creatures? Let us know in the comments below!