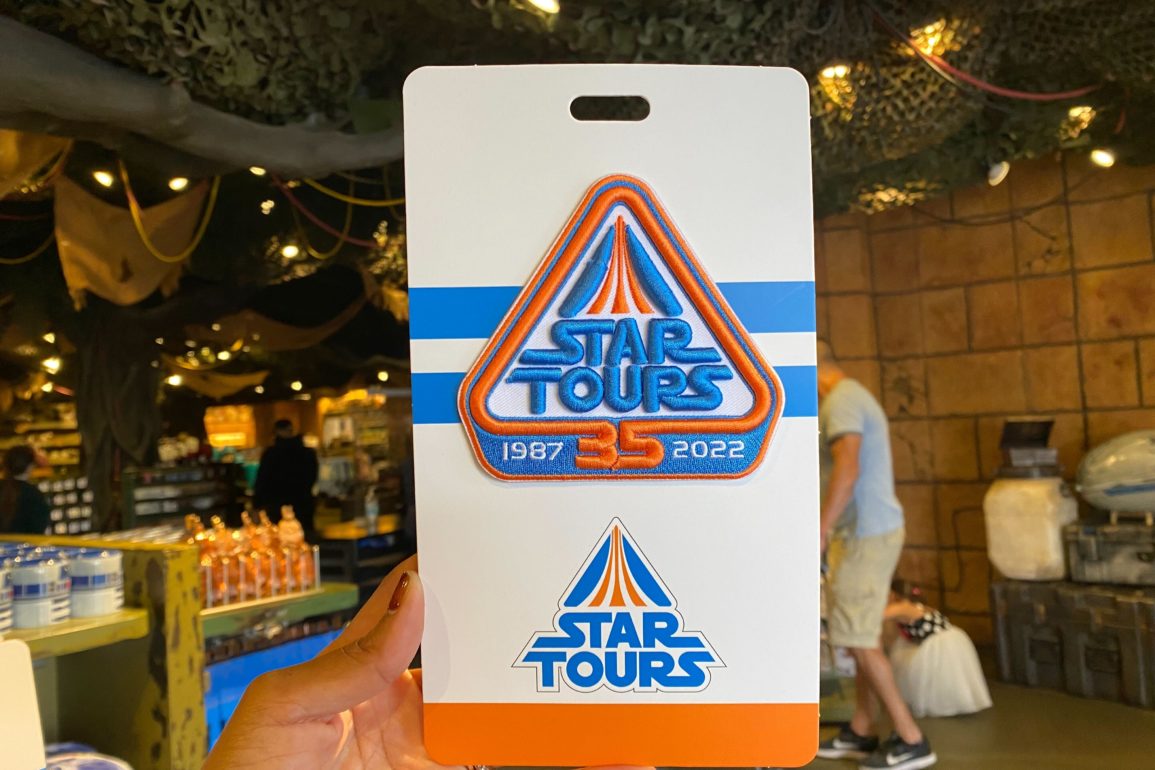 The patch features the famous Star Tours logo, in blue and orange. The logo and the words “Star Tours” are stitched on a white background.

The classic attraction first opened January 9, 1987, in Tomorrowland at Disneyland Park. It was later cloned to Tokyo Disneyland in July 1989, Disney’s Hollywood Studios in December 1989, and Disneyland Paris on its opening day in April 1992.

The packaging depicts a brief (and wordless) “how to” for attaching the patch to clothing.

The 35th Anniversary Star Tours patch joins other 35th Anniversary merchandise we found recently, and is available now at Star Wars Trading Post in the Downtown Disney District. Will you be celebrating this classic attraction with a new, colorful patch? Let us know in the comments.