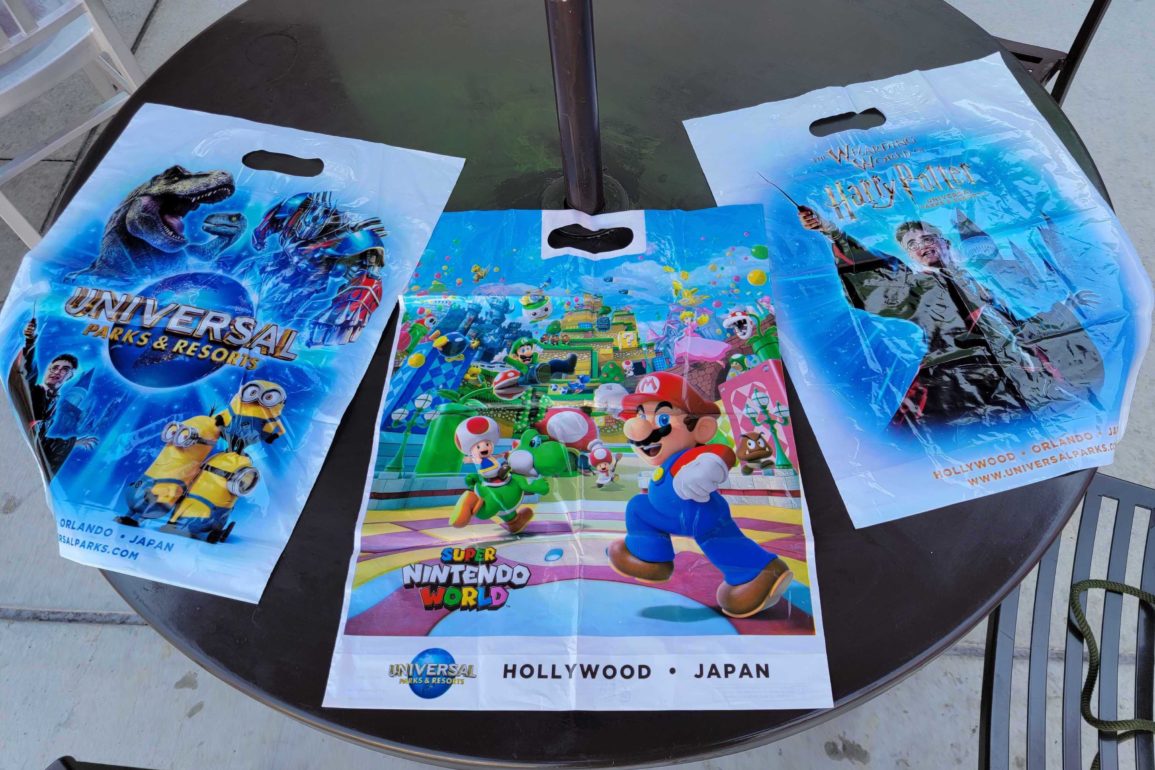 The plastic bag depicts Mario and his friends running into Super Nintendo World, with elements of the land pictured in the background. The logo for Universal Parks & Resorts is in the bottom corner. “Hollywood” and “Japan” are printed along the bottom.

The “Harry Potter” bag depicts Harry in his Gryffindor robes, pointing his wand up at the sky. Hogwarts is behind him, and he’s surrounded by sparkling blue light. The Wizarding World of Harry Potter logo is at the top, and Hollywood, Orlando, and Japan are listed at the bottom.

This bag is available in the park at The Wizarding World of Harry Potter.

We’ve already seen this general shopping bag at Universal Orlando Resort. The bag is white with the Universal globe at the center and magical blue light coming out of it. The characters featured on the bag correspond to Universal Parks’ current main franchises (except Nintendo). A T. rex and velociraptor for “Jurassic Park” are in the upper left corner. Optimus Prime is in the upper right. Harry Potter and Hogwarts are in the lower left. Three Minions are in the lower right. Hollywood, Orlando, and Japan are all listed at the bottom of the bag, as is www.universalparks.com.

Which bag is your favorite? Let us know in the comments.