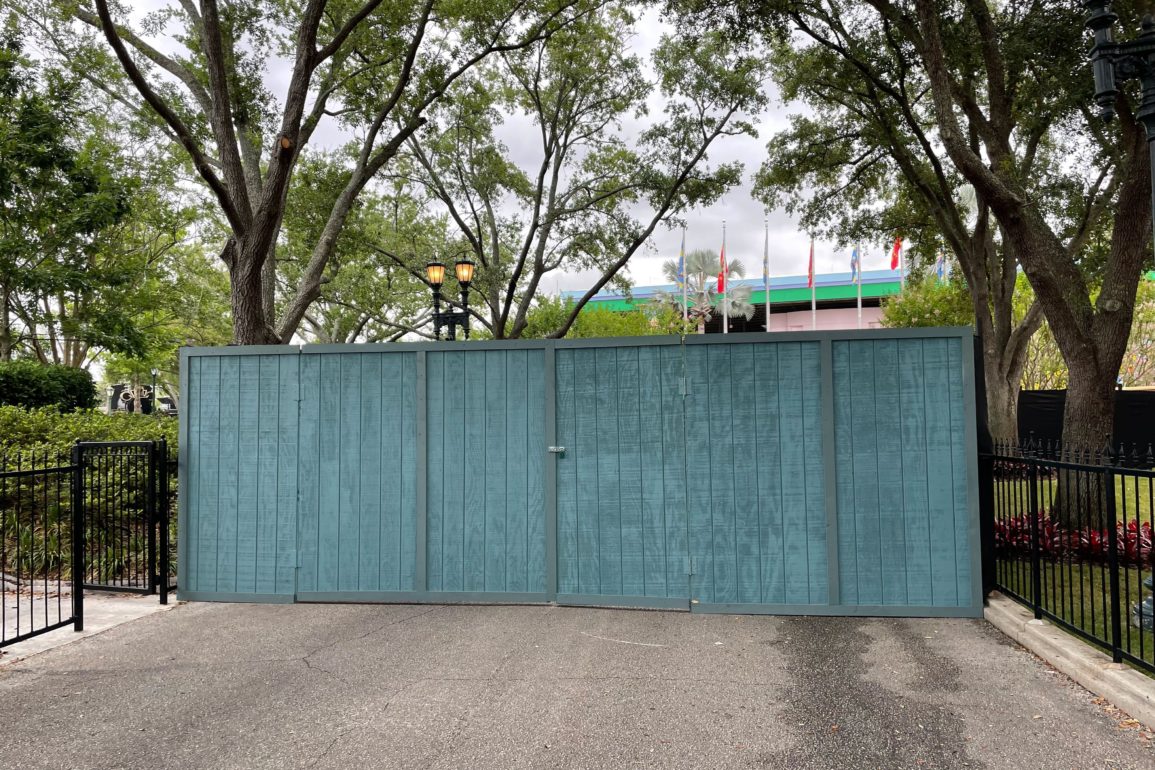 Team Members were happy to direct us.

There are also signs indicating which way to go to reach certain attractions.

Instead, guests can cut through Central Park to reach E.T. Adventure, KidZone, DreamWorks Destination, The Simpsons Ride, and Men in Black: Alien Attack.

There are multiple pathways through the park.

On the other side of Central Park, we could see scrim and more blue-green walls, decorated with movie posters.

Name art, hair braiding, and caricature art were moved near the “Back to the Future” train temporarily while this construction work goes on.

The walls surround most of the courtyard outside the Animal Actors On Location! theater.

There were more signs and Team Members on this side to help direct guests.

The open section of the walkway was recently refurbished.

According to a Team Member, the artists will be in their temporary locations for approximately five weeks, so we can expect the pavement work to last about that long.

Previous
Kevin from ‘Up’ Once Again Roaming Disney’s Animal Kingdom