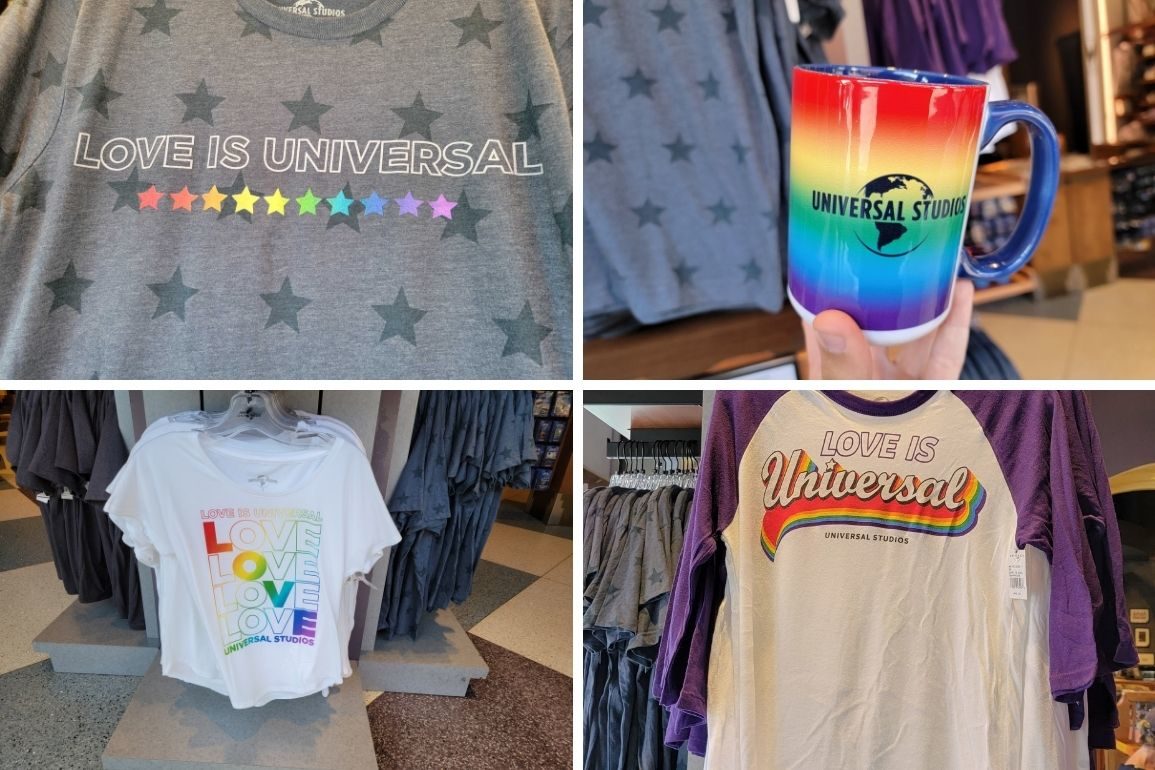 Universal Studios is celebrating Pride this year with more “Love is Universal” merchandise, which first released back in 2020. We spotted several shirt designs, and a mug, at the Universal Studios Store in Universal CityWalk Hollywood.

The tagline “Love is Universal” is front and center. Below are a row of rainbow-colored stars.

The back of the shirt features: “Love Peace Good Vibes Together Strong,” all outlined in white. “Universal Studios” is written in rainbow colors, between “Peace” and “Good Vibes.”

Next, we looked at this mug, featuring a dark blue Universal Studios logo on two sides.

The logo appears on a rainbow pattern, which stretches around the mug. Its blue handle attaches to a white surface.

This ladies white t-shirt features “Love is Universal” at the top. The phrase is outlined in rainbow colors.

“Love” is written four times in the center, with rainbow-colored letters also forming “Love” in a diagonal pattern.

“Universal Studios” appears at the bottom, in solid, multi-colored lettering.

The back of this ladies tee is white.

Finally, we noted this white raglan shirt, with purple collar and sleeves.

“Love is Universal” features in the center, with “Universal Studios” appearing in small font underneath.

“Love Is” features a purple outline. Directly below, “Universal” appears in white cursive with a star dotting the “i”. The word “Universal” sits on top of a curving, rainbow design.

The back of this raglan shirt does not contain imagery.

A sign at Universal Studios Store indicates that 10% of the purchase of these new items, goes to support the Los Angeles LGBT Center.

You can find the new “Love is Universal” merchandise at CityWalk Hollywood, inside the Universal Studio Store. Which of these designs caught your eye? Let us know in the comments.