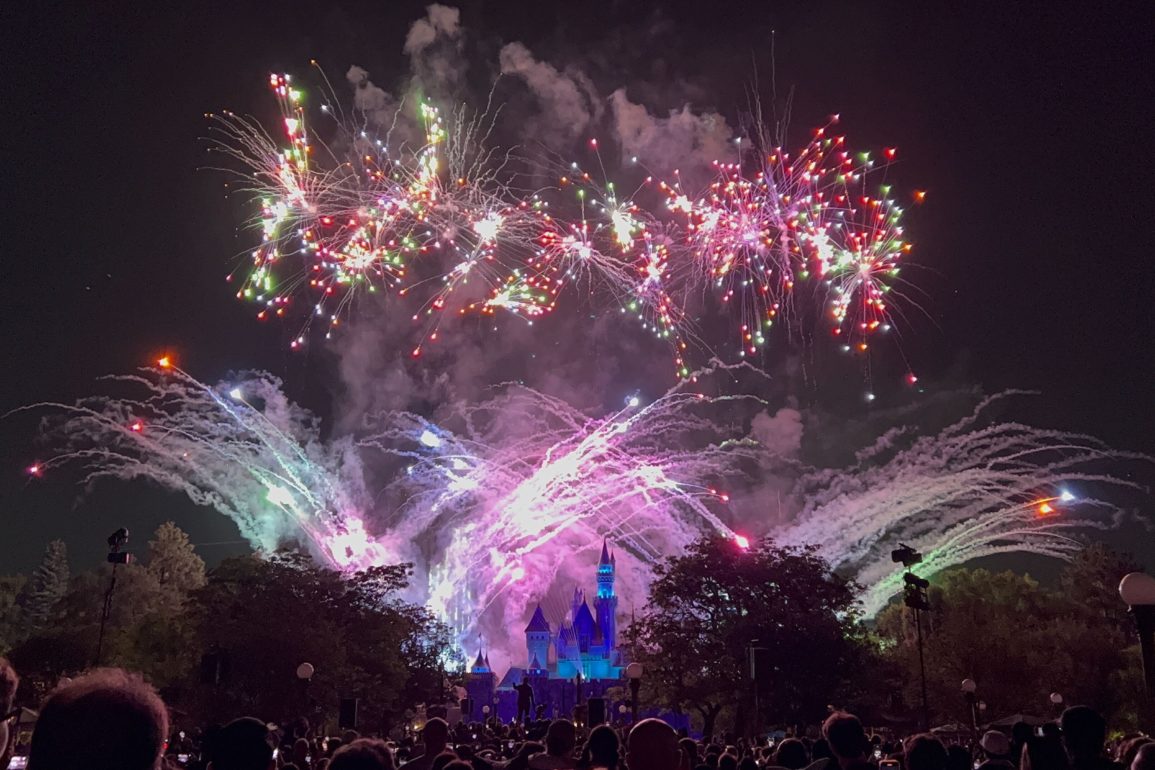 For the Disneyland After Dark separately ticketed event, there is a special Star Wars: Celebrate the Nite Fireworks Show. Star Wars Nites take place this year on May 3, 4, and 27, and tickets are sold out. If you were lucky enough to score one, you can catch this galactic nighttime spectacular at 9:30 p.m.

The show kicks off with the iconic theme from “The Mandalorian,” composed by Ludwig Göransson. Fireworks resembling the eponymous Mando’s whistling bird munitions accompany the score.

Everything goes dark for a moment before “Star Wars (Main Title)” by John Williams erupts, with pyrotechnics and blue and green lasers lighting up the castle.

Selections from Williams’ emotional score throughout the Skywalker Saga play to the bursts invocation of blaster fire, proton torpedoes, and galactic battles.

Of course, “The Imperial March” is also featured as Sleeping Beauty Castle is bathed in red, followed swiftly by “Duel of the Fates.”

Watch our full video of the Star Wars: Celebrate the Nite Fireworks show below.