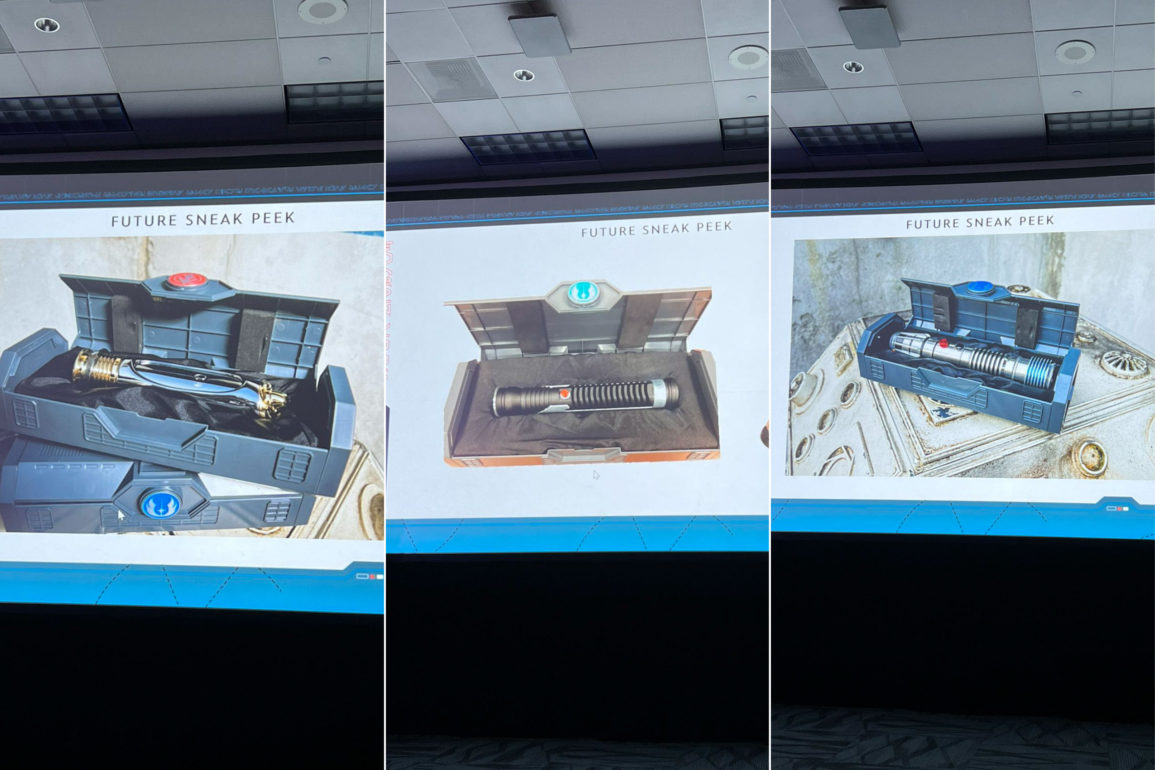 A new Legacy Lightsaber hilt was revealed today at Star Wars Celebration Anaheim as coming soon for travelers to choose at Dok-Ondar’s Den of Antiquities in Star Wars: Galaxy’s Edge. That new character? None other than Qui-Gon Jinn himself!

Jedi Master Qui-Gon Jinn gets his due with his mostly black lightsaber with silver accents. Qui-Gon Jinn only made an appearance in “Star Wars Episode I: The Phantom Menace” as Obi-Wan Kenobi’s Master, but his character is still widely beloved to this day.

This Legacy Lightsaber hilt will be available soon from Dok-Ondar’s Den of Antiquities, although no exact release date was announced. Two others were also recently revealed, Darth Sidious and Plo Koon, which will release later this summer.

Will you be adding any of these to your collection? Let us know in the comments below!