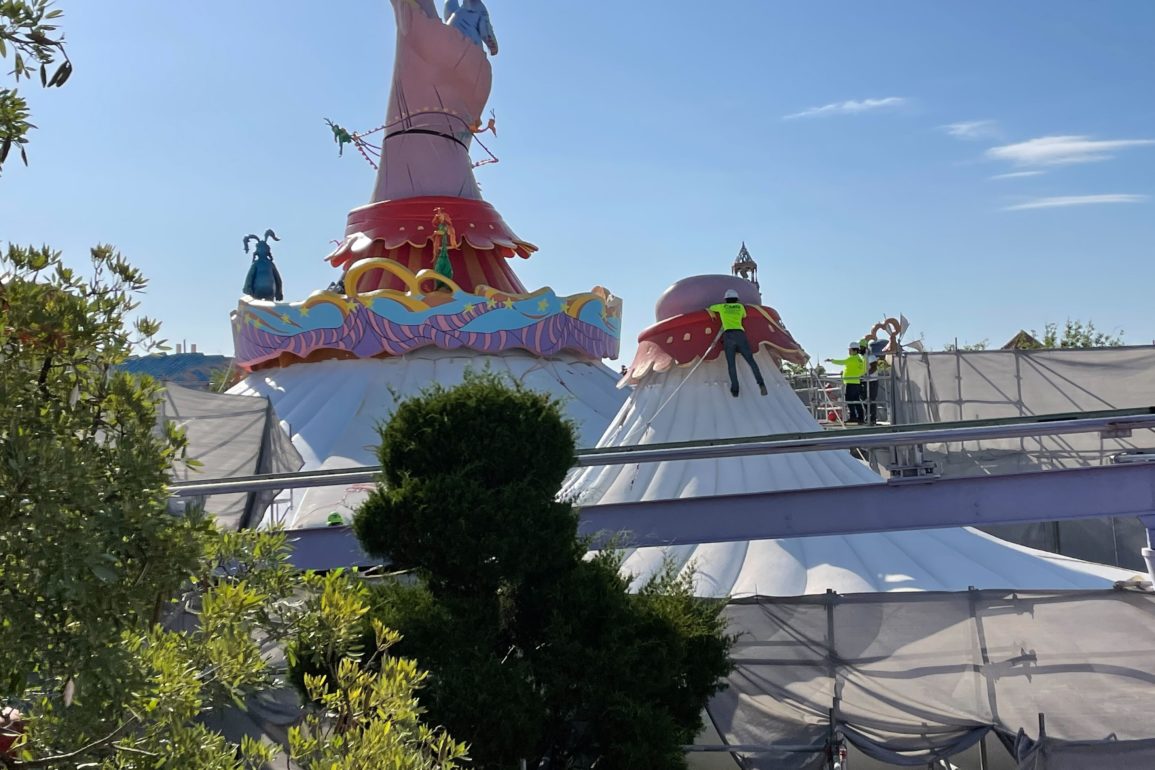 Caro-Seuss-el in Seuss Landing at Universal’s Islands of Adventure abruptly closed last summer and has remained closed for refurbishment.

Nearby, construction walls also surround the “If I Ran the Zoo” playground.

From the ground, we could see some crew members working on the roof of Caro-Seuss-el.

There are white splotches on one of the skirt-like rings atop the carousel.

Back in October, we noted that the roof was broken, and later much of it was removed.

New roofing has now been installed, as we could see from The High in the Sky Seuss Trolley Train Ride.

The new roofs are white, but we’re sure we’ll see them painted in bright colors soon.

Crew members were working on the decorative elements atop the queue roof.

There is no announced reopening date for Caro-Seuss-el.