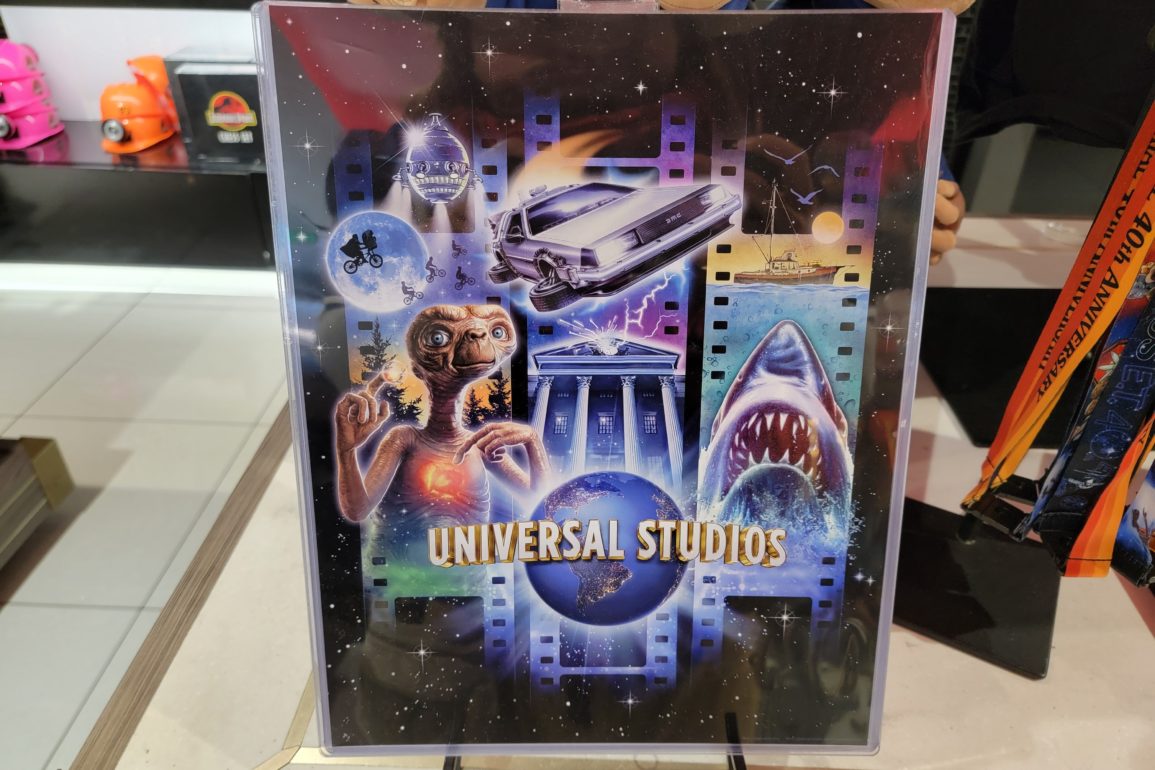 Though not officially announced by Universal Orlando Resort yet, this summer’s Tribute Store at Universal Studios Florida will reportedly be retro-themed.

The store will be inspired by classic films like “E.T.,” “Jaws,” and “Back to the Future.” Merchandise debuted at Universal Studios Hollywood earlier this week and it’s likely we will see the same on the shelves of the tribute store. U-Design Kiosks have already added designs featuring the three iconic movies.

This year is also the 40th anniversary of “E.T.”

What are you hoping to see at a retro Tribute Store in Universal Studios Florida? Let us know in the comments!