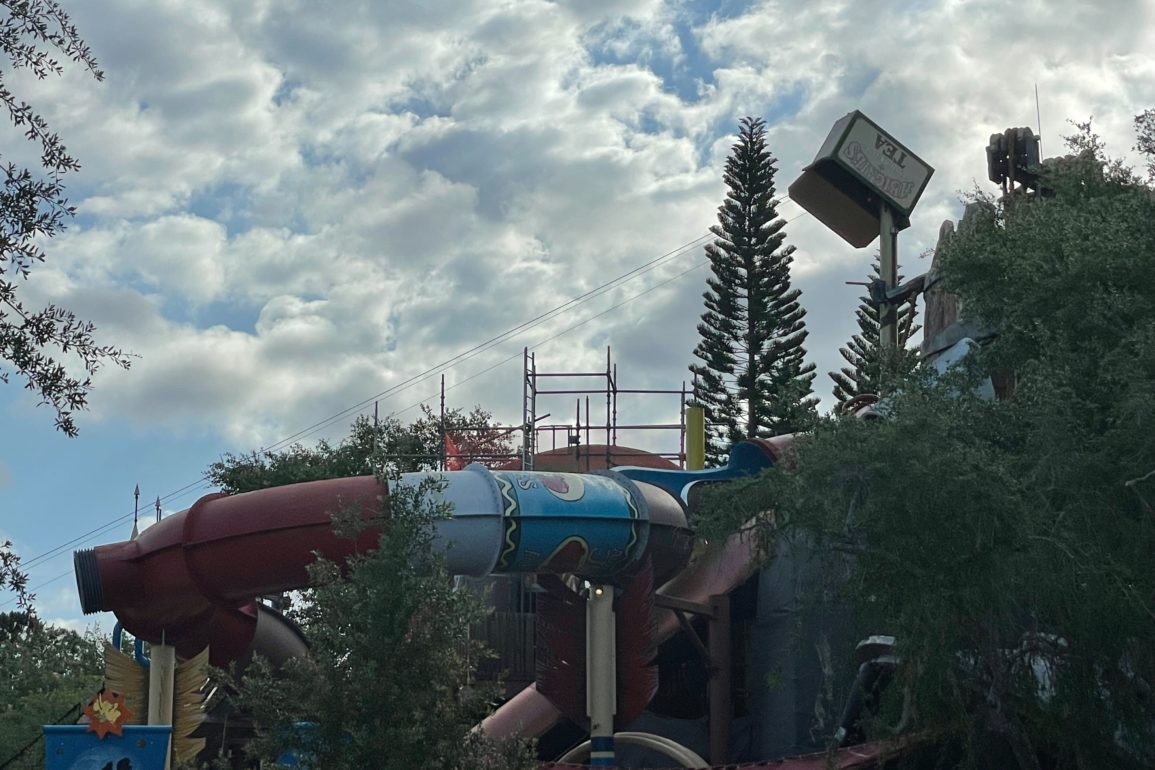 Fievel’s Playland in Woody Woodpecker’s KidZone at Universal Studios Florida remains closed for maintenance and scaffolding can now be seen near the slide.

We saw the bottom of the slide surrounded by construction walls a few weeks ago.

The scaffolding can be seen beyond the slide from outside the playground.

Orange netting hangs from the scaffolding.

The pavement outside Woody Woodpecker’s KidZone is also being refurbished.