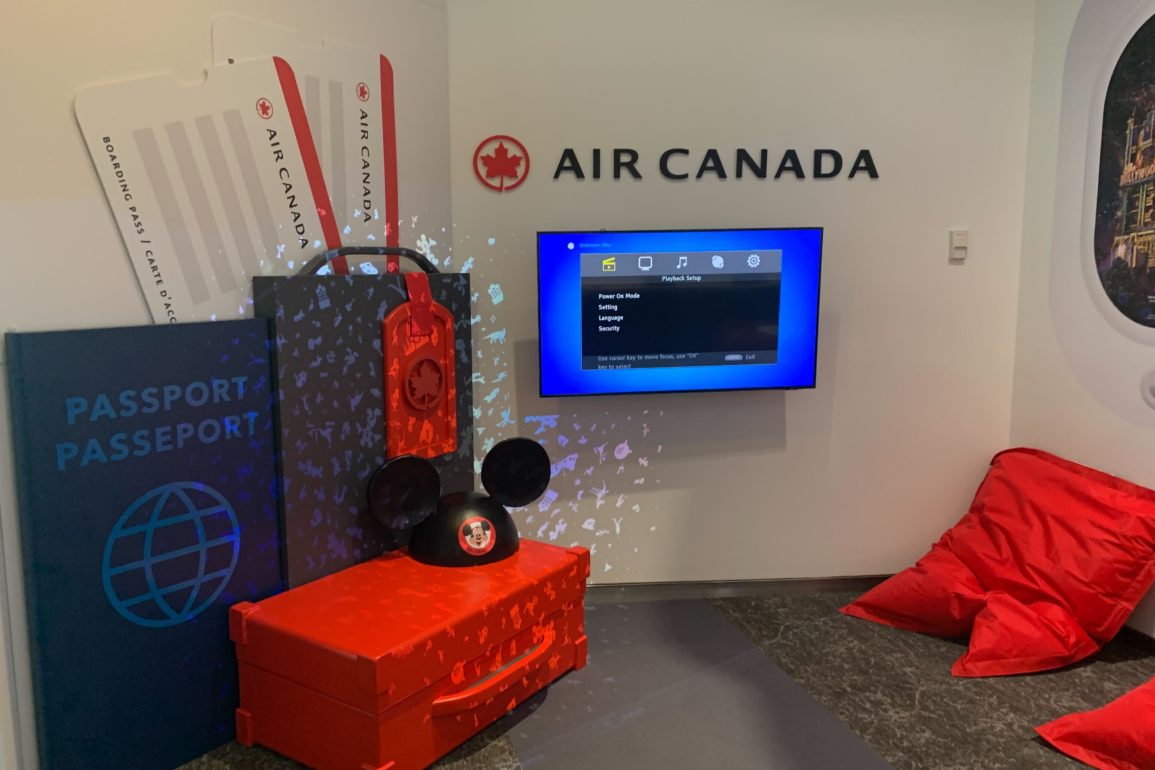 Earlier this month, we learned that Air Canada’s kids’ room at Toronto Pearson International Airport was getting a magical redesign in honor of Walt Disney World’s 50th anniversary. Now, we can take a look around and see just what it has to offer!

The glass doors outside the lounge offer a taste of the magic inside. The phrase “Now boarding for The World’s Most Magical Celebration” adorns the front. As Canada’s national languages are English and French, all signage is in both languages.

Inside, a cute photo op allows young ones to sit on a giant suitcase with a classic pair of Mickey Mouse ears in front of a passport, luggage tag, and boarding passes.

A television, which wasn’t being used when we visited, displays images of Walt Disney World.

To the right, airplane-inspired “windows” show off the icons of all four Walt Disney World theme parks: The Twilight Zone Tower of Terror, Spaceship Earth, the Tree of Life, and Cinderella Castle, all lit up as “Beacons of Magic.” A few seats and beanbag chairs offer a place to take a load off.

Rounding the corner, a quartet of tablets are ready for gaming fun.

A variety of Disney characters are projected onto the walls in EARidsecent colors, which accent the 50th anniversary logo.

Guests in the Maple Leaf Lounge, where the kids’ room is located, can order snacks and beverages directly to the table.

Meanwhile, a tablet loaded with Disney Dream Treats is ready for playtime.

Would you like to see more airport lounges with a Disney touch? Share your thoughts in the comments!