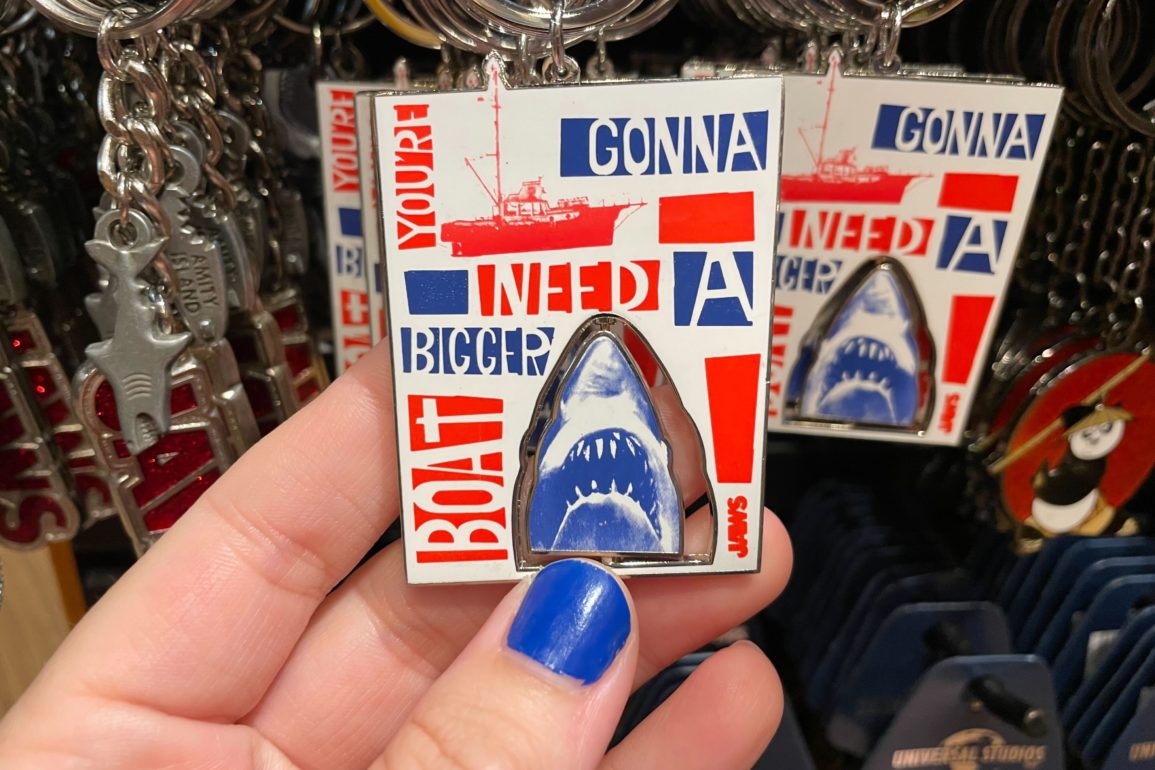 As we reported, a summer Tribute Store themed to classic Universal Studios films is coming soon to Universal Studios Florida. We caught this Jaws-themed “You’re Gonna Need a Bigger Boat” spinner keychain (which we also found earlier this week at Universal Studios Hollywood) at Islands of Adventure Trading Company.

The keychain features a spinning blue shark at the bottom.

The famous Jaws quote, “You’re Gonna Need a Bigger Boat,” is scattered around the keychain. The words appear in white, inside of red and blue blocks. The Orca ship also appears in red.

Take “Bruce” for a spin!

Will you be reliving your “Jaws” nightmares with this colorful keychain? What are your thoughts on the Tribute Store coming to Universal Studios Florida? Let us know in the comments section.

REVIEW: Choripan and Salchipapas are Satisfactory from Central America: Comet Cruisin’ at Mardi Gras...February 5, 2022
RUMOR: Revenge of the Mummy May Reopen by July 4 at Universal Studios FloridaApril 16, 2022
Revenge of the Mummy Closed for Lengthy Refurbishment, Fire Engine Drives Through CityWalk, New 'Har...January 9, 2022