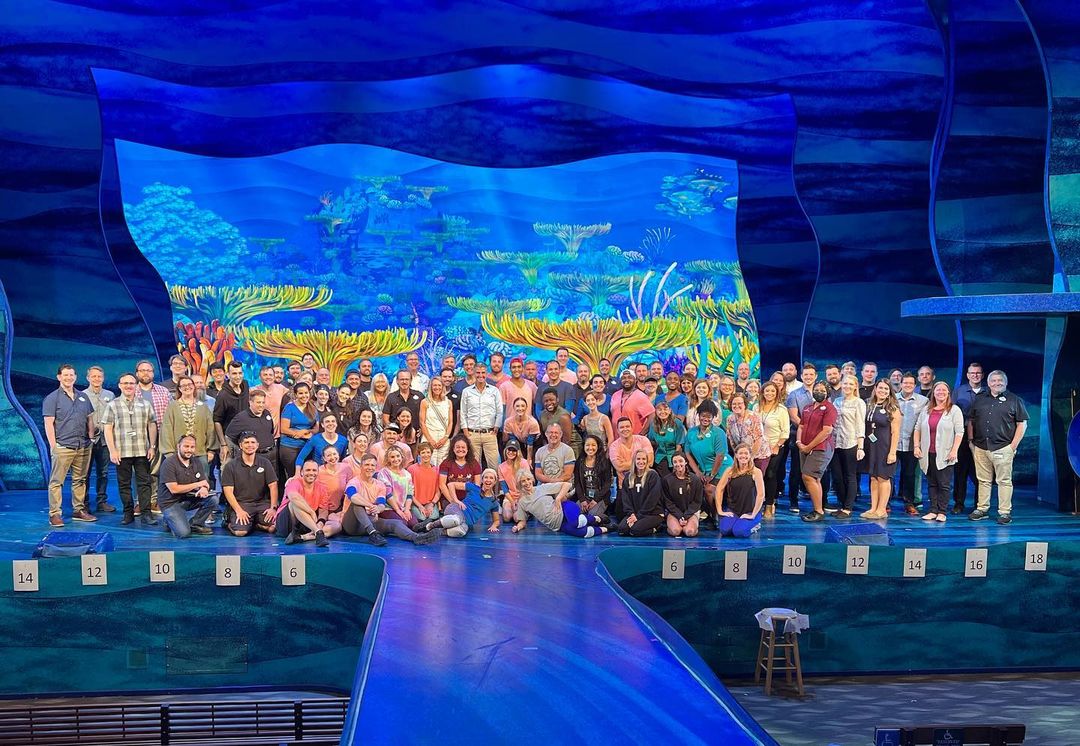 Cast Member Previews for ‘Finding Nemo: The Big Blue… and Beyond!’ Begin June 10

The new “Finding Nemo: The Big Blue… and Beyond!” musical at Disney’s Animal Kingdom officially opens on June 13, but Cast Members will have the opportunity to preview the show ahead of time.

The new show, which replaces “Finding Nemo: The Musical,” will incorporate some elements from its predecessor, including some of the hit songs. Performances take place in the Theater in the Wild in DinoLand, U.S.A.

Are you excited to see the new musical? Let us know in the comments.