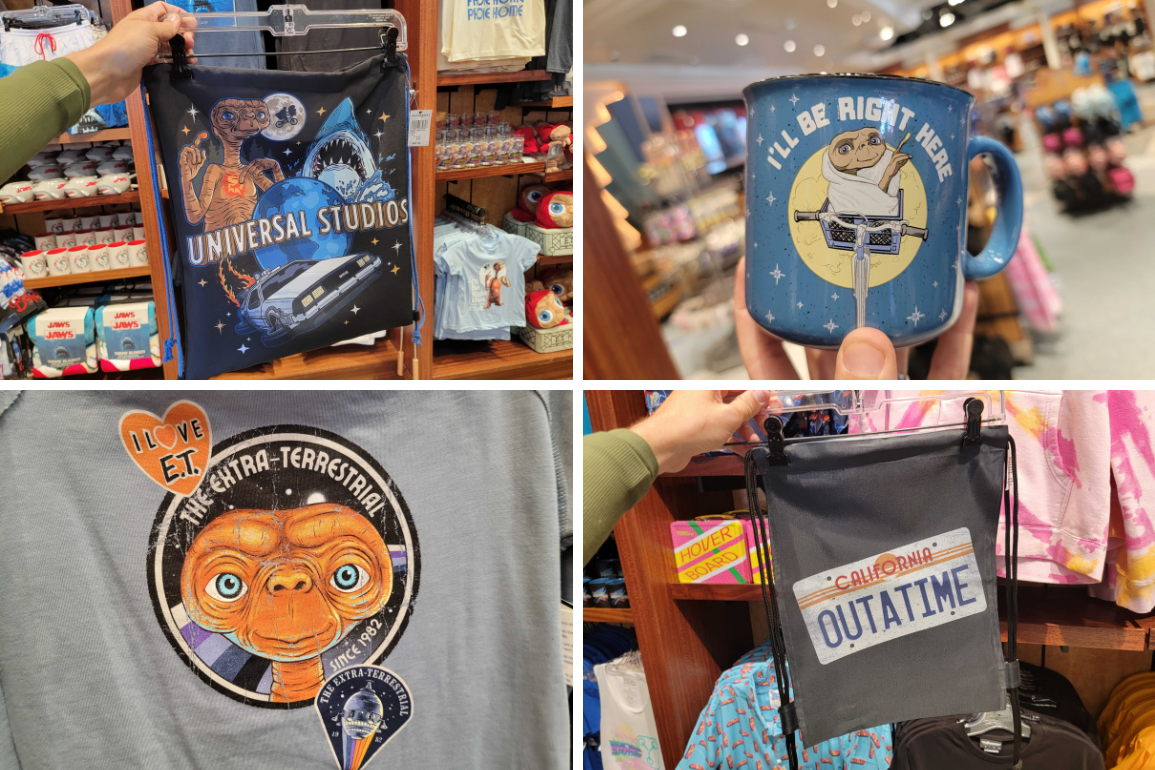 Guests can now purchase this sweatshirt featuring the iconic alien from Spielberg’s “E.T. The Extra-Terrestrial.” His pug-like face sits on a backdrop of a starry sky with retro purple and grey stripes.

There are two smaller logos with E.T’s spaceship and a heart saying, “I love E.T.”

The E.T. Mug is pale blue and speckled with white stars. E.T. can be seen turning in the bike basket to point up with his glowing finger. The words say, “I’ll be right here.”

The back of the mug shows E.T. and his friends silhouetted by the moon, flying into the sky. The inside of the mug is plain white.

The “Back to the Future” drawstring bag has a simple California license plate that says, “OUTATIME.” The back does not have any designs.

Some Universal Studios classics are represented on this drawstring bag, from the DeLorean to E.T to Jaws.

The back does not have any designs, and the interior is a simple white.

These items join an already large collection of merchandise celebrating the classic films of Universal Studios.

What do you think of these classics and their new merch? Let us know in the comments below!