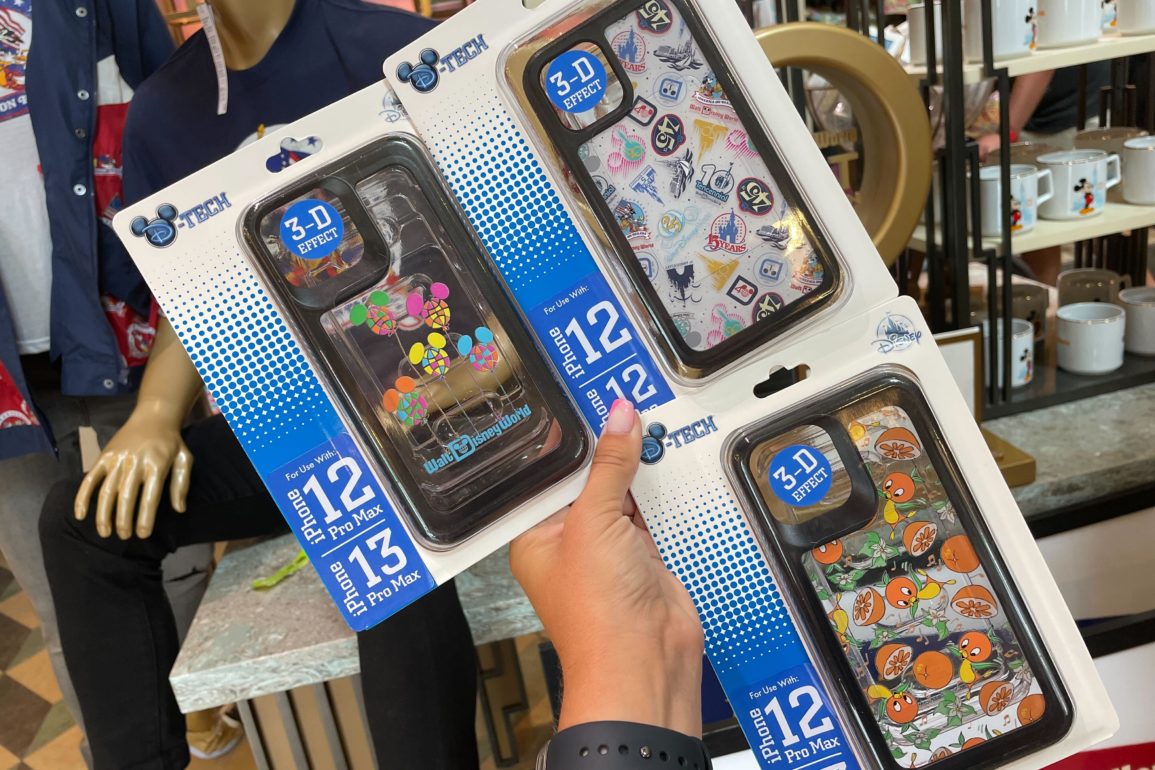 The phone cases are part of the balloon, anniversaries, and Orange Bird series.

The balloon phone case has a 3-D effect.

This case is white and also has a 3-D effect.

It’s patterned with different Walt Disney World anniversary logos, including the golden 50th anniversary Cinderella Castle logo. Some of the logos are on a transparent layer, creating the 3-D effect.

Finally, this transparent phone case also has a black border and a 3-D effect.

Which of these Vault Collection phone cases is your favorite?