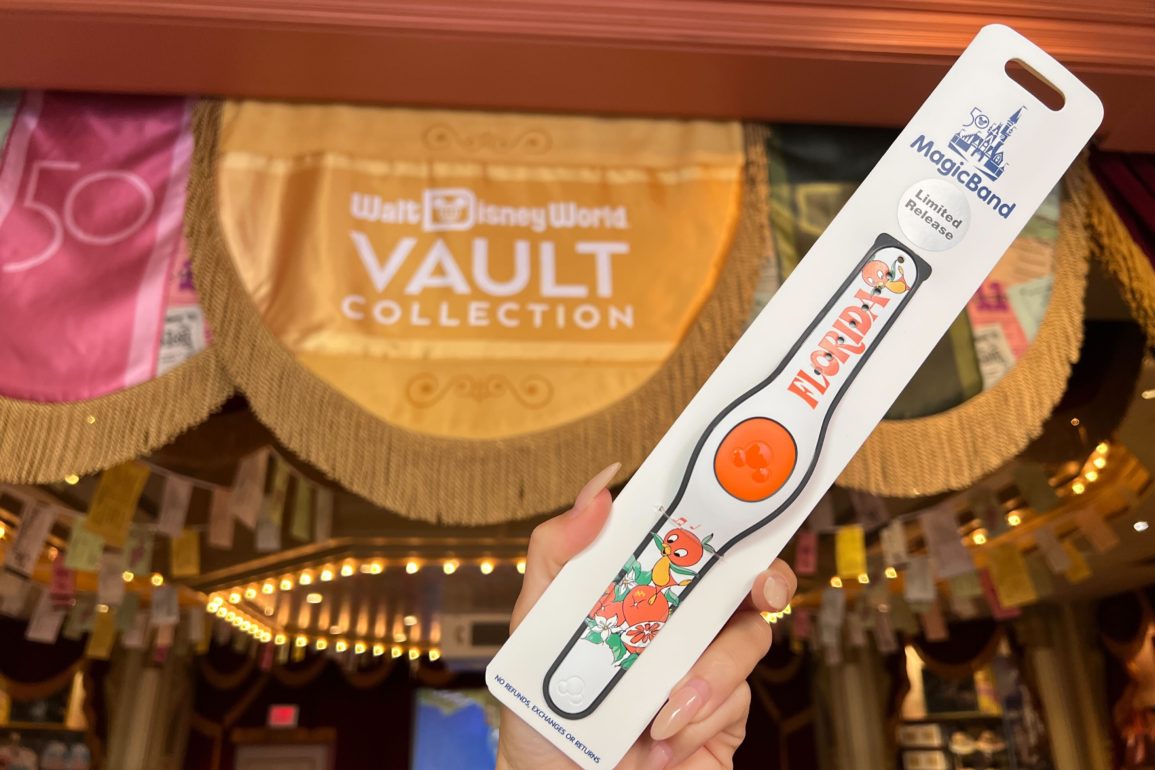 A new limited release Orange Bird MagicBand has joined the 50th anniversary Vault Collection at Walt Disney World. We found it with the rest of the Vault Collection in the Main Street Cinema at Magic Kingdom.

It is a white band with an orange Mickey puck at the center.

The grey edge of all MagicBands can be peeled off to make them smaller.

“Florida” is in orange lettering on the dotted end of the band. Orange Bird is next to the state name.

Orange Bird is pictured dancing atop some oranges on the other end of the band.

Check out this limited edition Orange Bird MagicBand released a week ago as part of the EPCOT International Flower & Garden Festival.