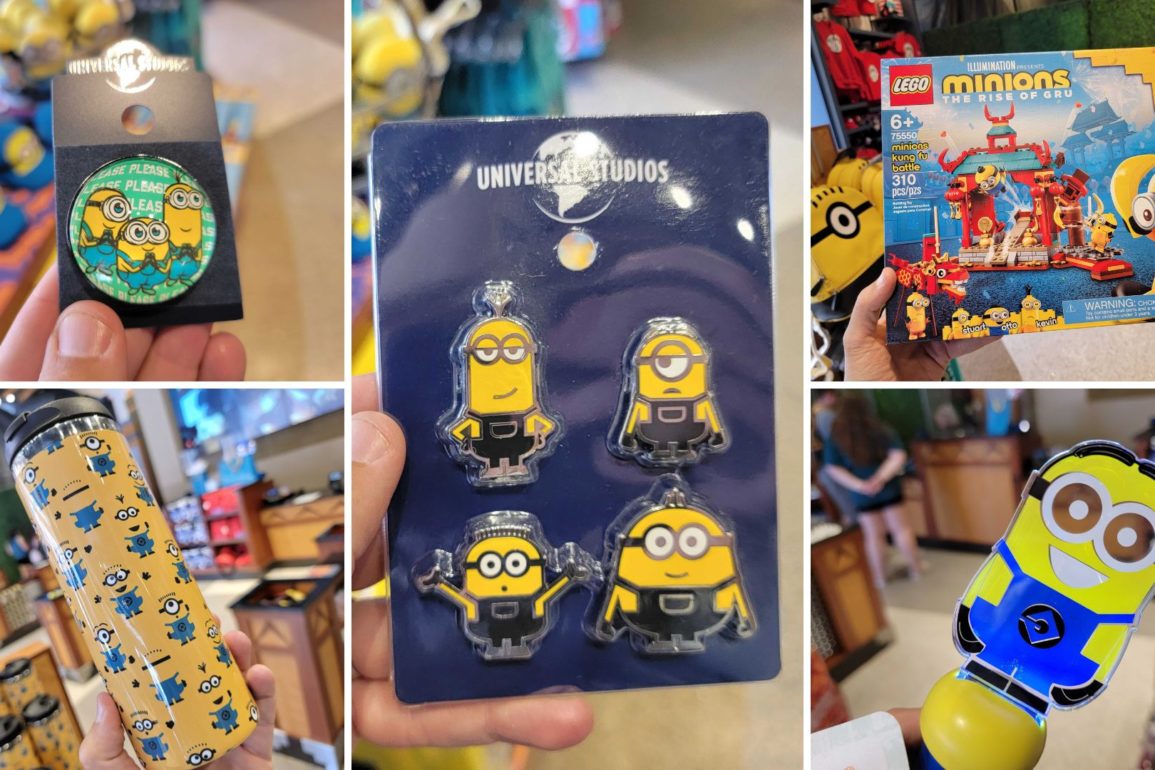 Prepare for “Minions: The Rise of Gru” with new toy sets, a LEGO set, pins, magnets, and a tumbler now available at Universal Studios Hollywood.

This set recreates a scene from the new movie, with a young Gru on a homemade motorcycle.

He comes with one of his Minion pals.

They have sparring gear and a machine with Tim the teddy bear on top.

The sparring gear can attach to the machine or Stuart and Bob can hold the weapons.

This set has 310 pieces to recreate a Kung Fu battle. It includes figures of Stuart, Otto, and Kevin.

There is a Chinese dragon puppet and temple.

This set is of the four main Minions: Stuart, Kevin, Bob, and Otto.

This pin is a circle with three Minions and the word “please” repeated several times behind them.

A Minion’s face replaces the sun on this pin, with white, green, and blue stripes above. There are cacti to the sides.

Otto the Minion is saying “Whaaaaa?” on this pin.

This pin is the “Minions” logo, with yellow lettering and a Minion eye in the “o.”

The flag image of a Minion is atop this blue wand.

The button to operate the spinner is on the side of the wand.

The Minion spins and lights up blue at the same time.

This yellow tumbler is patterned all over with images of various Minions. They blend in with the background, so they are only visible thanks to their goggles, overalls, hair, and gloves.

It has a black slide-top lid.