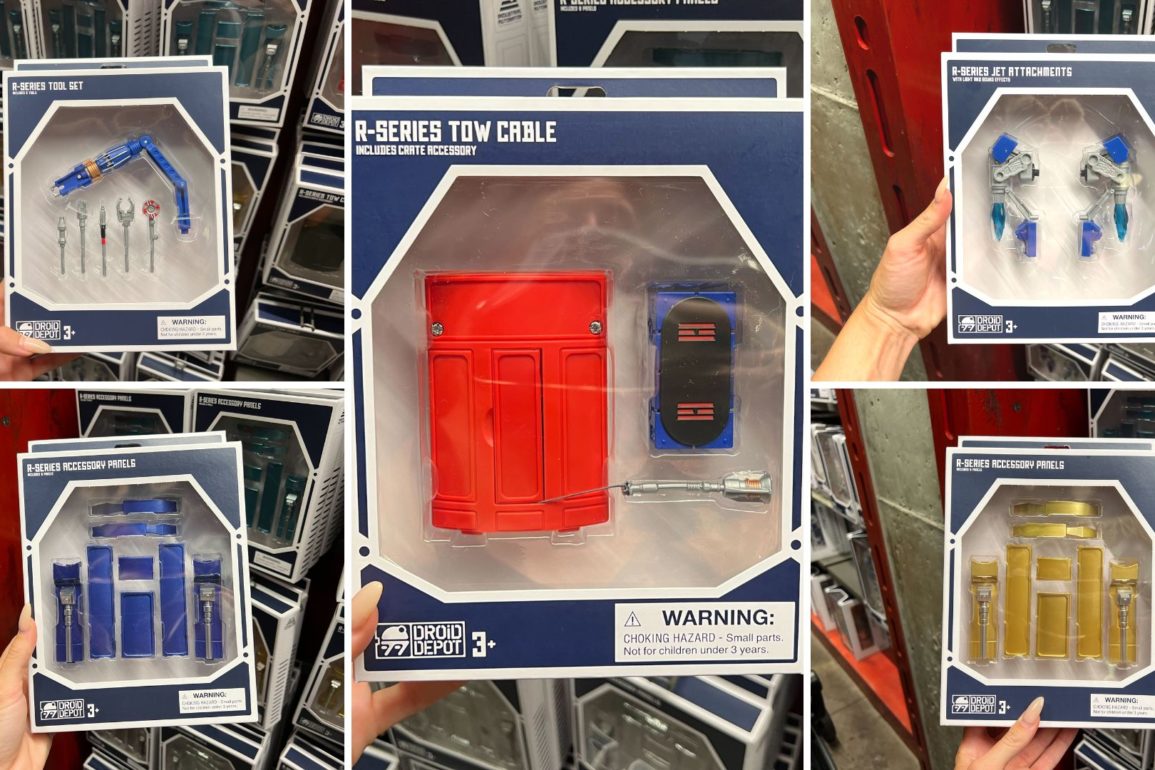 These accessories are sold separately from the build-your-own droid experience and can be added to any droid you may have already made.

One of these sets includes eight small panels to add to your R-series droid.

Unfortunately, these won’t actually launch your droid into the air, but they do like like the same jets used by R2-D2 in “Star Wars” films.

The attachments are grey and dark blue. Dark teal translucent pieces are sticking out of the jets like blue fire.

As illustrated by the packaging, the jets attach to R-series legs.

The fire pieces also light up and there are sound effects.

Your droid could have blaster attachments instead.

These thin blasters are grey and black.

They attach to the legs and also have light and sound effects.

You can use your droid to move cargo with this tow cable attachment.

This version of the attachment is a red panel. The tow cable is grey with a magnet at the end.

The cable and magnet can be stored inside the panel.

It includes a magnetic blue rectangular crate that you can store small items inside.

This version of the attachment panel is black.

The tow cable is the same, but the crate is different.

It’s a rounded square box with designs around the outside.

Finally, this panel is white and includes a cylindrical crate.

The crate is army green with black ends.

If your R-series droid has work to do, this set includes several tools for it to use.

There is one large blue arm and five smaller grey arms.

Of course, none of the arms are actually electric. They are all made with plastic and are safe for kids three and up (the parts are small so should be kept away from infants).

Will you be tricking out your R-series droid with a new accessory? Let us know in the comments.