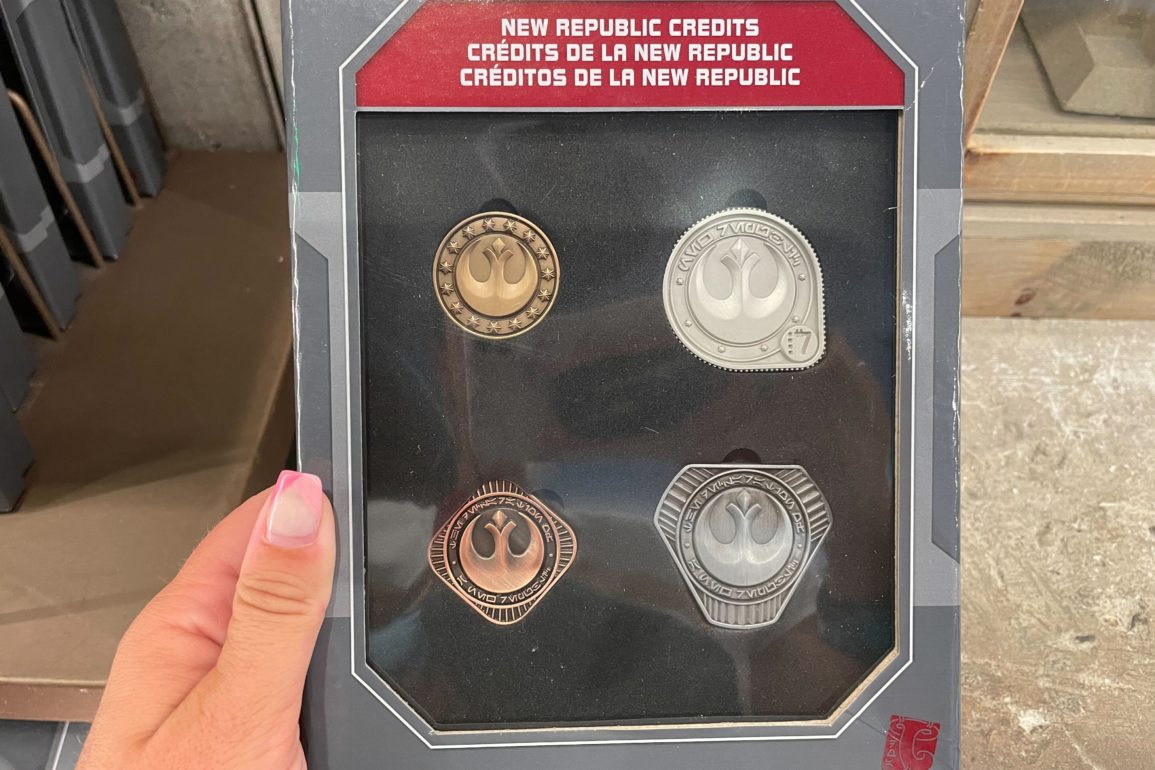 Visit Dok-Ondar’s Den of Antiquities on Batuu to exchange your Earth dollars for some “Star Wars” credits. We’ve previously collected several sets of these coins, but a set of New Republic credits is now available at Disney’s Hollywood Studios.

The four coins come in a box lined with foam. The lid has a transparent window, so you can keep the coins on display in their original packaging.

The coins are actual metal and each have a different color and shape.

This small circular golden coin features the Rebel Alliance logo surrounded by a circle of stars.

The symbol for credits is on the other side.

It has a smooth edge.

In Aurebesh, this one says “New Republic” and features the symbol for credits in the lower right corner.

The symbols are swapped on the other side.

It has a ridged edge.

This diamond-shaped coin says “The Declaration of a New Republic” around the Rebellion logo. It has a bronze finish.

The credit symbol is on the other side.

It has a smooth edge.

This coin says “The Declaration of a New Republic” along the top and bottom.

It is triangular, but with flat corners.

These New Republic credits are also available at Disneyland Resort.

Will you be adding these to your coin collection? Let us know in the comments below!