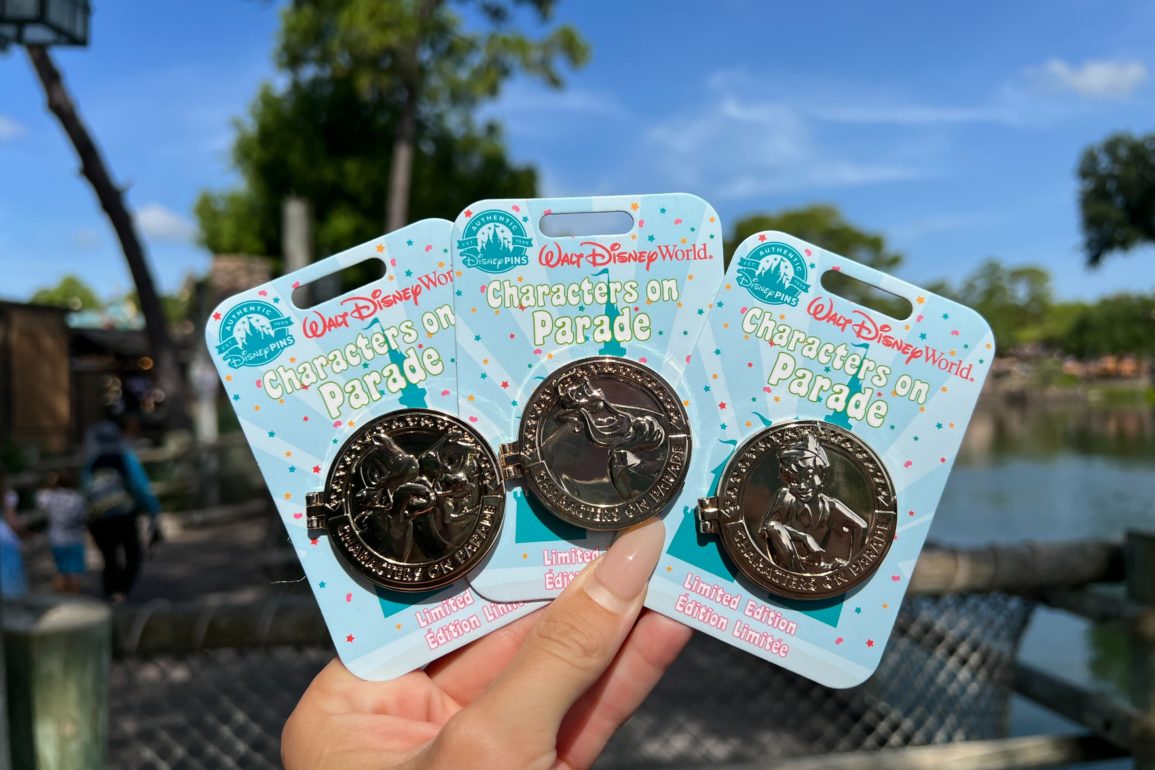 Three new “Characters on Parade” pins are available at Walt Disney World. We found these parade-inspired pins at Frontier Trading Post in Magic Kingdom. They all have a limited edition size of 2,750.

The parades featured are “Festival of Fantasy,” “Stars and Motor Cars Parade,” and “Move It, Shake It, Celebrate It!”

The “Move it, Shake it” pin features Chip and Dale. All three pins have silver fronts that open.

Chip and Dale are on one of the present-shaped “Move it, Shake it” floats inside.

This pin features Peter Pan on the front and inside.

Inside, Peter is on the Jolly Roger, sailing over a rainbow, just like in the parade.

The underside of the hinged piece is reflective.

Each pin says “Characters on Parade” on the front.

The image inside is of Jasmine and Aladdin riding the Genie-shaped car.

Are you collecting the “Characters on Parade” pins? Let us know in the comments.