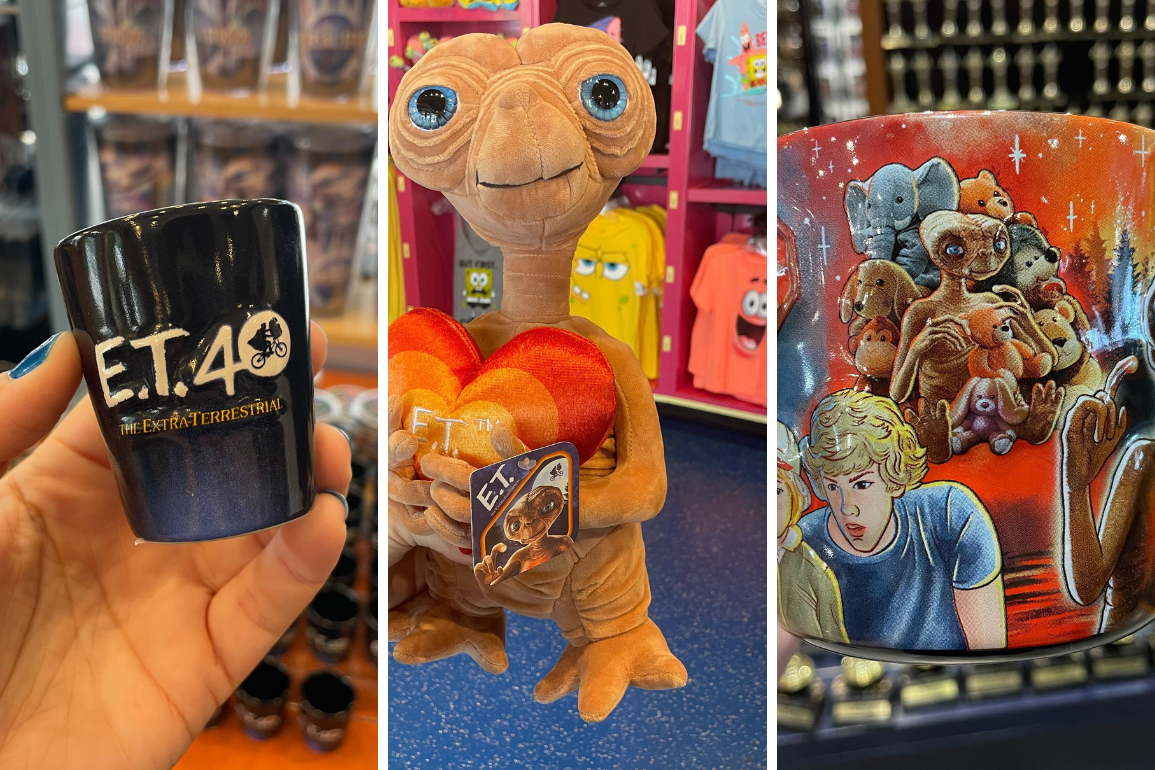 This mug features several shots from the classic film.

From the scene where E.T.’s ship lands to when he hides in the pile of plushies. There’s a place for every beloved moment in the movie.

Thus plush of E.T. is holding a red heart to his chest.

His wrinkled face is a cross between moderately scary and downright adorable.

The bottom of his foot hides the 40th Anniversary patch.

This black and blue shot glass says, “E.T. 40: The Extra-Terrestrial.”

The zero in 40 has the silhouette of E.T. escaping on a flying bike. The interior of the shot glass is simply black.

E.T.’s 40th Anniversary merch at the Film Vault is quite the strange collection but cute nonetheless.

Please let us know what you think of the collection in the comments below!