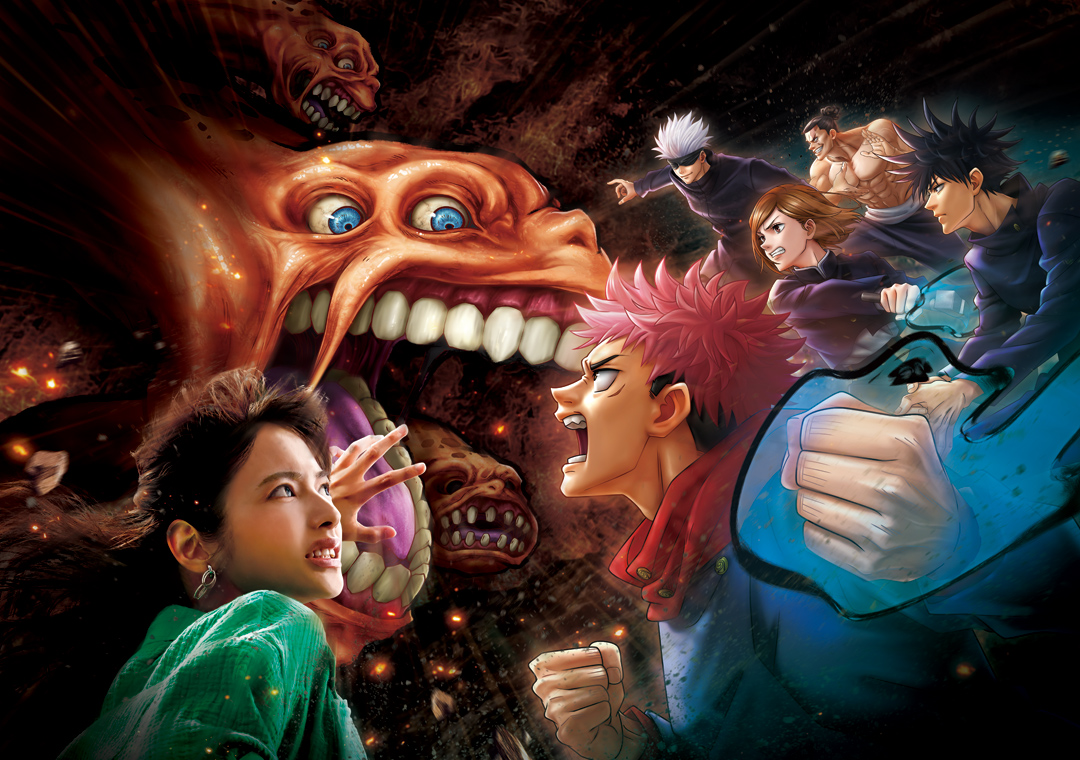 Since its 2018 debut, “Jujutsu Kaisen” has exploded in popularity as both a serialized manga and anime series. And as Universal Studios Japan continues to pursue limited-time attractions with popular Japanese properties, they’re partnering with the popular series to bring the first-ever “Jujutsu Kaisen” theater attraction to the park this September!

The popular anime series follows the journey of Yuji Itadori as he joins forces with a secretive cult of jujutsu sorcerers to defeat an evil curse which infected him. He enters a special high school in Tokyo for these sorcerers so he can learn to defeat them, which is rivals with a branch in Kyoto.

In Jujutsu Kaisen The REAL 4D, guests are swept up as the main characters attempt to open an Osaka branch of their school for sorcerers. Yuji, Megumi, and Nobara must battle alongside the world’s most powerful sorcerer Satoru Gojo to defeat an evil conspiracy which surrounds them and threatens the lives of the guests watching as well as our heroes, with vivid magical battles unfolding before guests’ eyes and brought to life by seat effects and water splashes among others.

Meanwhile, the first theme song from the anime series “Kaikai Kitan” will be available as one of the Dream Tracks aboard Hollywood Dream – The Ride from September 16 through January 18. Guests can soar above Universal Studios Japan while they enjoy the hit song from the series.

It’s worth noting that rumors previously indicated the series would be coming to the park as an XR ride overlay of Space Fantasy: The Ride. With no overlay yet announced and the window for doing so closing, it seems likely vanilla Space Fantasy will return to the park for the first time since July 2021 through January.

Are you excited to see “Jujutsu Kaisen” arrive at Universal Studios Japan? Let us know in the comments below!