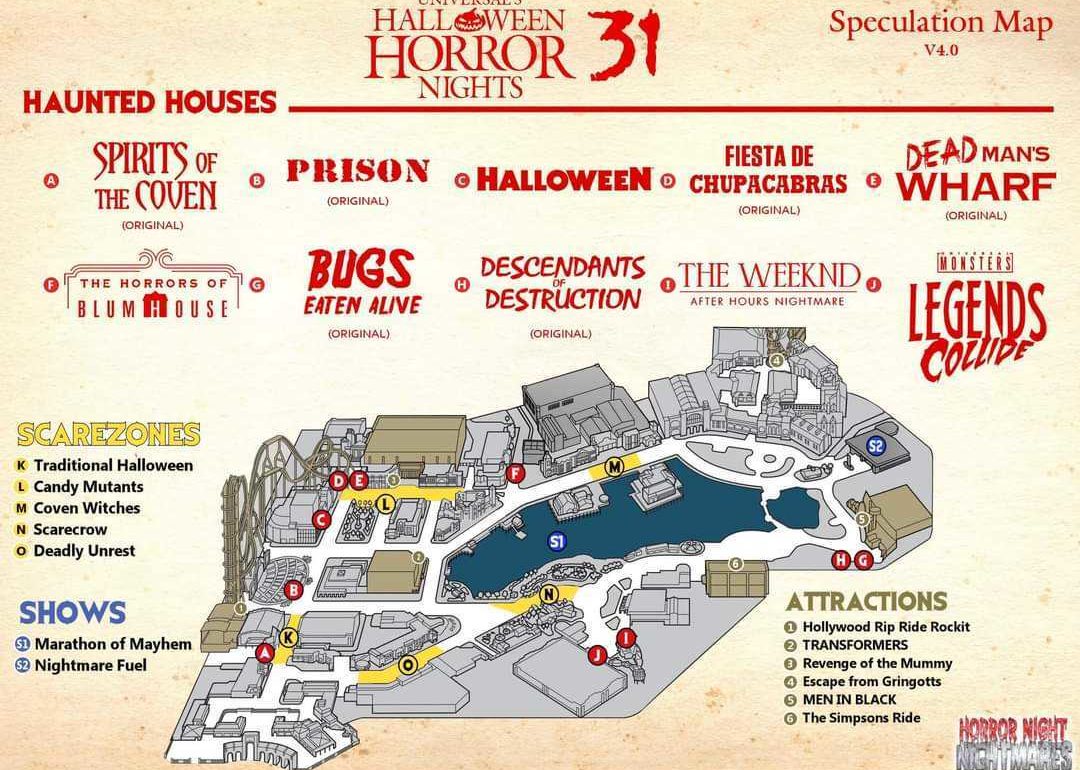 Here are the houses listed on this speculation map:

Here are the Scare Zones:

“Marathon of Mayhem” and “Nightmare Fuel” are still listed as the shows.