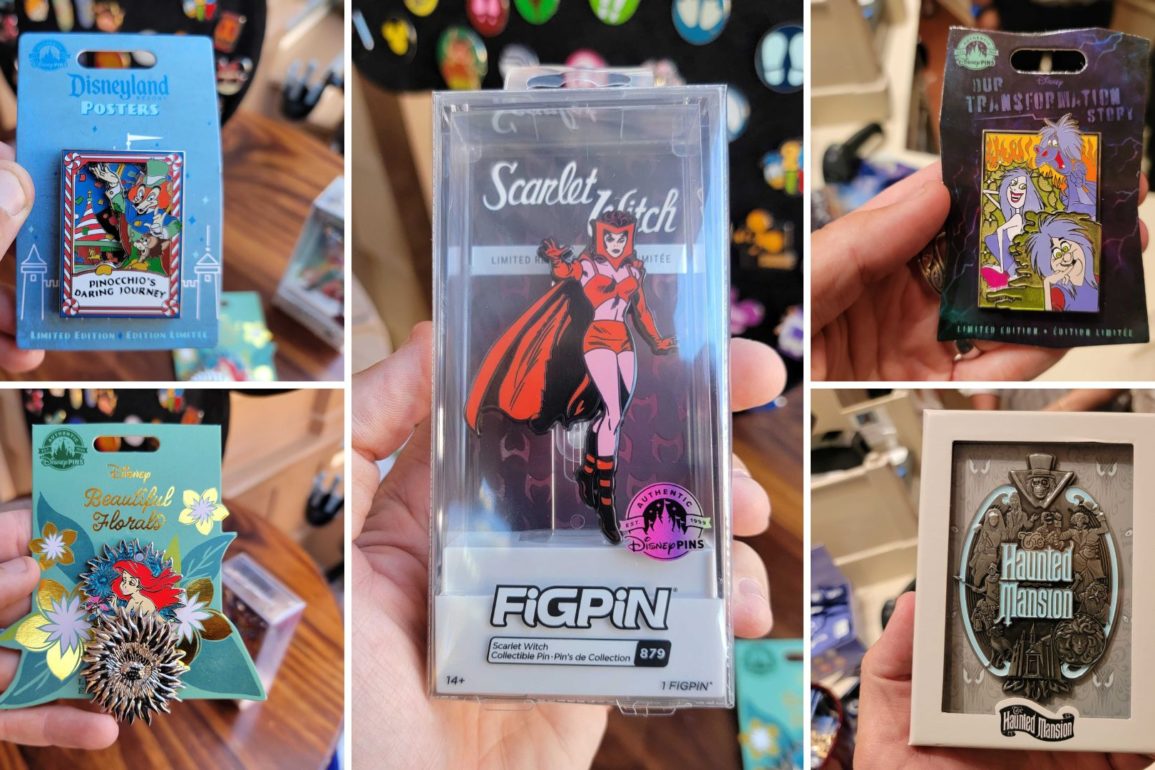 New limited edition Pinocchio’s Daring Journey, Ariel, and Madame Mim pins, plus some Marvel FiGPiNs, and several The Haunted Mansion pins have arrived at Disneyland Resort. We found most of these in 20th Century Music Co. on Main Street, U.S.A.

This pin from the attractions posters series features Honest John and Gideon. “Pinocchio’s Daring Journey” is across the bottom.

It opens to reveal Ariel.

This pin features Scarlet Witch as she appears in Marvel Comics, in her red and pink costume.

And this one is Doctor Strange in his standard Marvel Comics outfit, including his red cape.

This pin is part of the “Our Transformation Story” series. It features Madam Mim in three forms she takes during “The Sword in the Stone,” including a purple dragon. It has a limited edition size of 2,750.

This large pin is sculpted with several Haunted Mansion characters, including the Hitchhiking Ghosts, Madame Leota, the caretaker, and the Bride. “The Haunted Mansion” is in blue lettering at the center. The mansion itself is sculpted at the bottom and the Hatbox Ghost is at the top.

This pin resembles a poster reading “Make your final arrangements, we’ve been dying to have you.” Madame Leota’s face in her floating crystal ball is at the bottom, above the phrase “Wake the Dead.” It has an intricate border and “Haunted Mansion” is at the top.

This oval pin has the letters H and M in the center. The Hatbox Ghost’s face is at the top and a gargoyle is at the bottom.

Constance the Bridge smiles sinisterly from the center of this pin, which reads “I’m a heartbreaker.”

This pin is just the Hatbox Ghost’s head with his top hat and high collar.

We found The Haunted Mansion pins at Pin Traders in Downtown Disney District too.