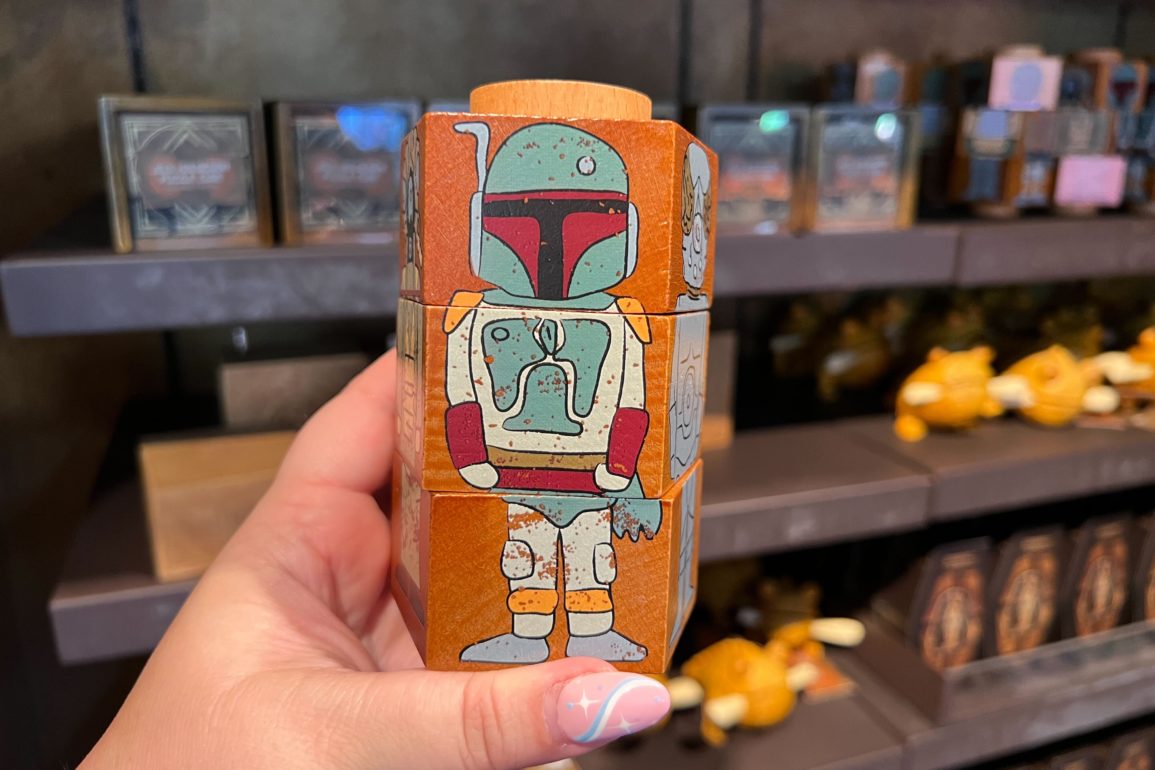 A new toy featuring some of the famous bounty hunters of the “Star Wars” universe is now available in Toydarian Toymaker at Star Wars: Galaxy’s Edge in Disney’s Hollywood Studios.

The Rodian Greedo is among the featured characters. The toy is made up of three pentagonal shapes that spin to match the characters with different outfits.

The other featured bounty hunters include Zuckuss, Bossk, and 4-LOM, who all appeared in “Empire Strikes Back.”

And no set of bounty hunters would be complete without Boba Fett, who is pictured in his green, red, and gold armor.