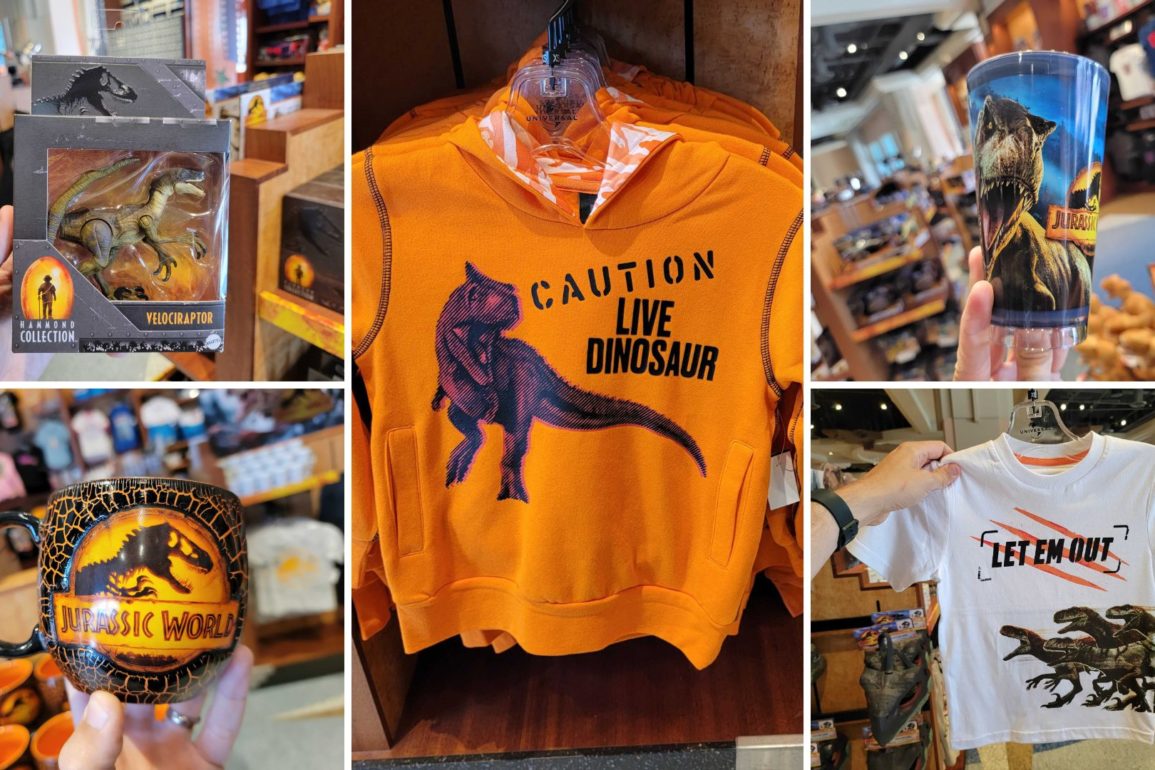 The “Jurassic World” logo, featuring a T. rex skeleton in amber, is next to the living dino.

The background is a cloudy forest and sky, with a helicopter hunting the T. rex.

The inside of the cup is blue.

This mug also features the amber-encased “Jurassic World” logo against a volcanic background.

The background is black with a pattern of orange cracks. The logo is on both sides.

The interior is orange and reads “Universal Studios.”

This sweatshirt is orange and reads “Caution live dinosaur” next to the image of a Carnotaurus.

A “live dinosaur” sticker is on the left sleeve.

The inside of the hood is orange camo-patterned, with the silhouettes of dinosaurs and the T. rex logo.

This tee is white with orange claw marks across the front. “Let em out” is in black over the claw marks. Four Atrociraptors run across the bottom.

A “caution may bite” sign is on the left sleeve.

A shipping container is on the back.

This Velociraptor figure is part of the Hammond Collection.