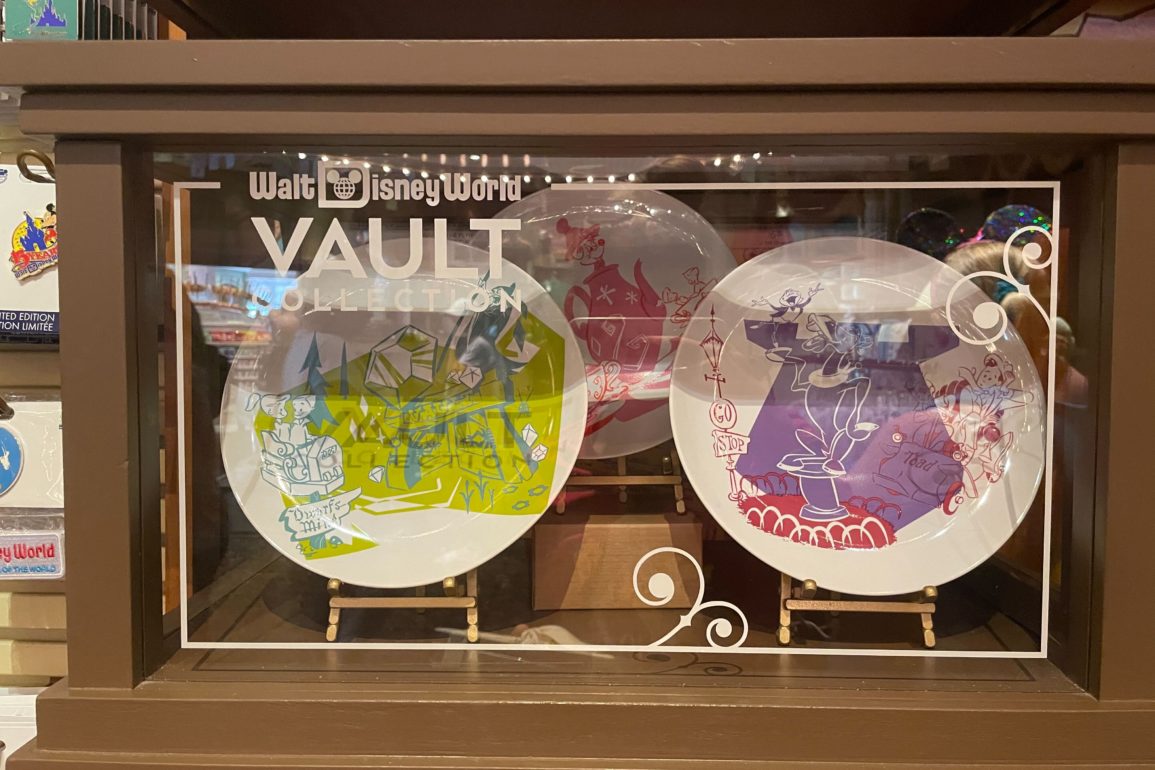 The four plates in the set were on display.

They come wrapped in a white canvas ribbon.

The artwork, by Kevin Kidney and Jody Daily, is on the tag too.

The plates are mainly white. Each design is inspired by a different classic Magic Kingdom attraction.

This one has a green design featuring the Evil Queen knocking a giant gemstone down towards guests riding the defunct Snow White’s Scary Adventures.

This design is pink, with guests on the spinning teacups of Mad Tea Party.

This design is green and blue, inspired by Peter Pan’s Flight. Guests in a pirate ship fly above Neverland.

The final plate has a purple and red design of guests crashing through the defunct Mr. Toad’s Wild Ride.

Next
PHOTOS, VIDEO: Get Your Groove On in a Dance Off with the Guardians of the Galaxy in Avengers Campus at Walt Disney Studios Park in Paris