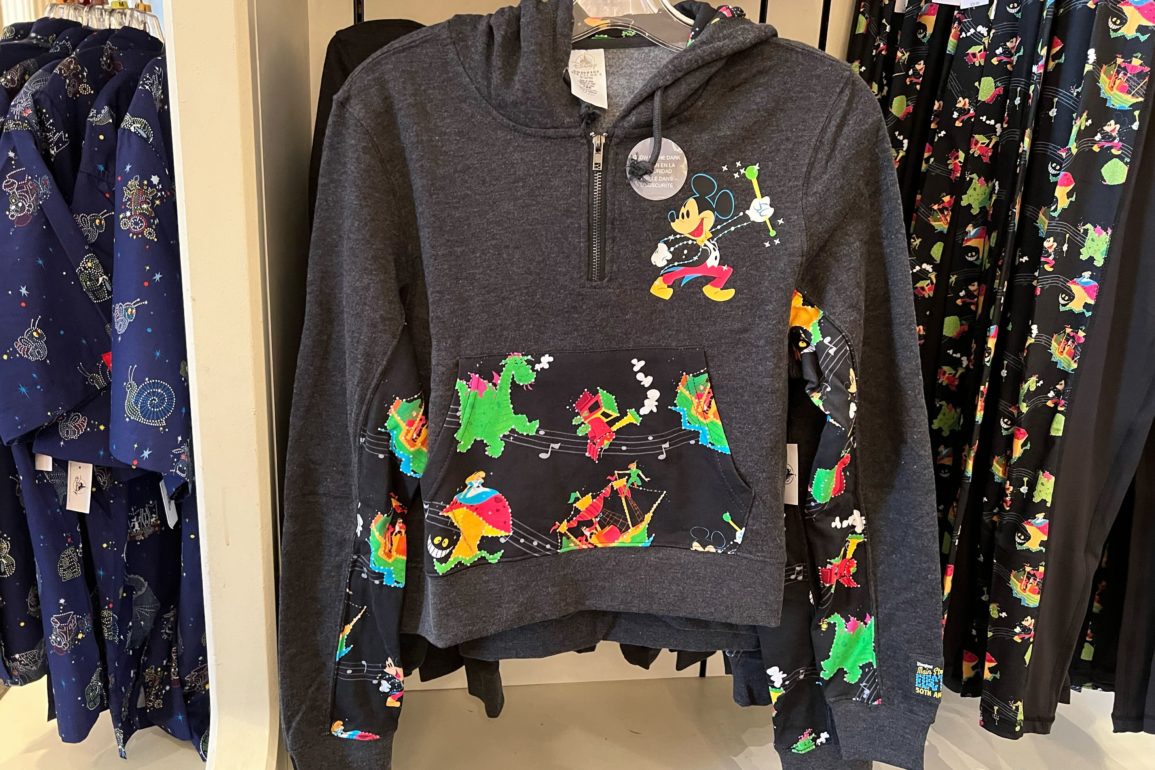 The pullover hoodie is mostly heather black, with a zipper that goes down a few inches from the neck. It has one large pocket on the front and is slightly cropped.

The design glows in the dark. Mickey is featured on the left breast, marching with a baton in his hand.

The pocket is solid black, with images of various parade floats moving across music stanzas. The floats all have white dots around their edges to represent their lights.

The sleeves have solid black stripes featuring the same pattern. Some of the featured floats are Elliott from “Pete’s Dragon,” Alice atop a mushroom, and the Jolly Roger from “Peter Pan.”

The back is blank.

The inside of the hood has the same patterned fabric as the pocket and stripes.