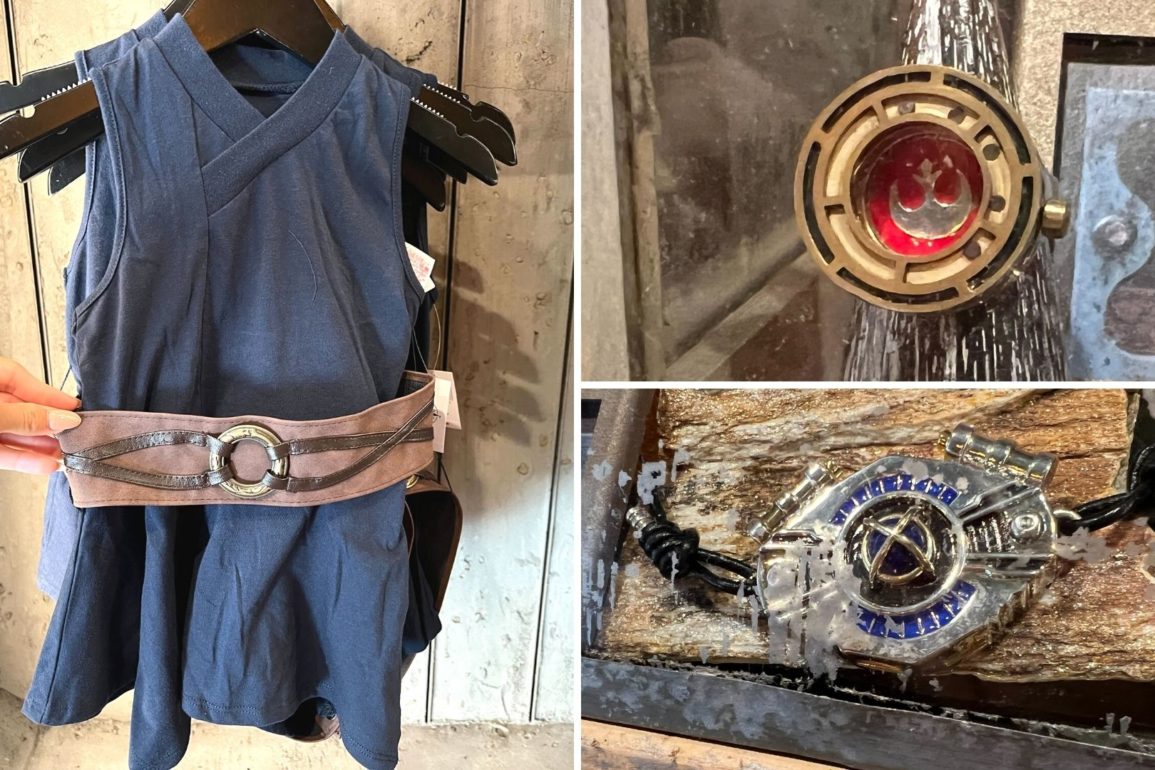 If you’re joining the Resistance, you’ll need the right gear. Dok-Ondar has you covered with a new youth tunic, Resistance insignia ring, and beacon bracelet from Star Wars: Galaxy’s Edge.

This tunic is dark blue, with an overlapped v-neck.

It includes a brown belt, with a golden ring at the center and faux leather straps wrapped around it.

The belt snaps closed at the back.

This is a reproduction of the ring worn by Rose Tico in “Star Wars: The Last Jedi.”

It has a golden exterior and a switch that reveals the silver Resistance/Rebel Alliance logo against a red background.

In “Star Wars” history, rings such as these were used to covertly show support for the rebellion, even when in the Imperial Senate.

This bracelet is a reproduction of the ones worn by General Leia and Rey in “Star Wars: The Last Jedi.” They acted as a homing beacon, so Rey could find the Resistance again.

The bracelet has a black leather cord. The beacon is a silver metal piece, with blue accents around the center. A blue orb, with a golden “x” across it, sits in the middle.

These are available in Dok-Ondar’s Den of Antiquities at Star Wars: Galaxy’s Edge in Disney’s Hollywood Studios.