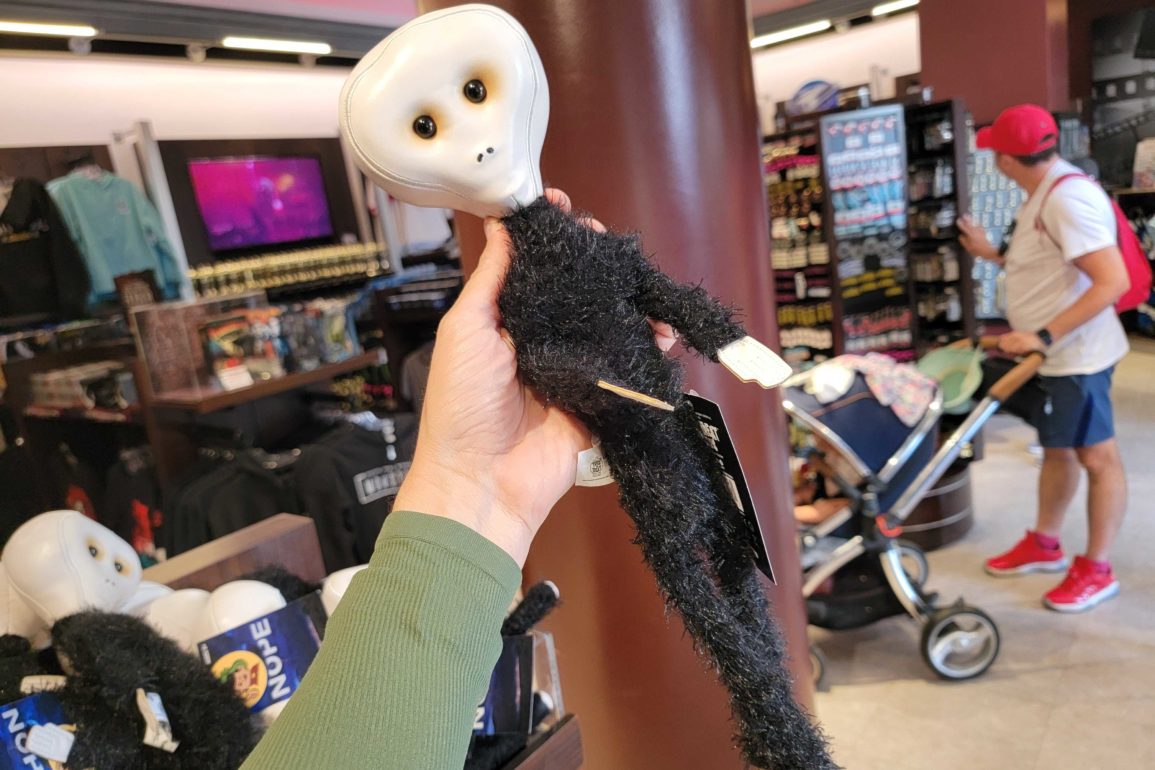 Jupiter’s Claim from “Nope” is now part of the World-Famous Studio Tour at Universal Studios Hollywood, which has brought plenty of merchandise from the new film. The latest is this “bad miracle,” an alien plush inspired by the movie.

This eerie-looking creature features a large white head, with black beady eyes and two small slits for a nose.

The tags feature both the Jupiter’s Claim and “Nope” logos.

The hands look like sewn white pieces of a leathery material, to compliment a black, fuzzy body.

The tag indicates that the plush is tied to The Star Lasso Experience, from which we’ve previously seen a t-shirt.

The inside of the tag has both the Jupiter’s Claim and “Nope” logos. We found this at Production Central on the Upper Lot.

Have you seen “Nope” yet? Share your thoughts in the comments!

Next
PHOTOS, VIDEO: See Behind the Scenes with Lights On Inside Pirates of the Caribbean at Disneyland Paris