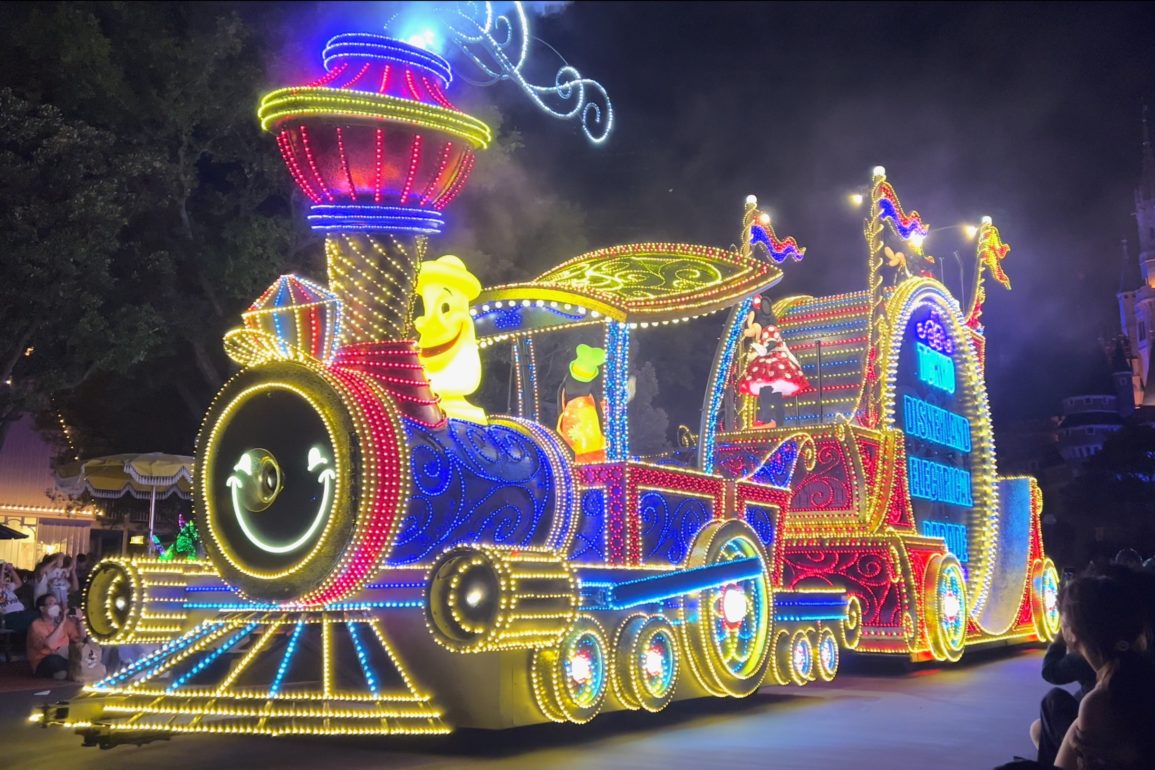 Last week, 20 years and one month after its debut on June 1, 2001, Tokyo Disneyland Electrical Parade: DreamLights retired its final float from the original 2001 lineup. The Casey Junior float hauling the parade’s title drum, a fixture of the Main Street Electrical Parade since 1972, was replaced by an all-new LED version with an updated look. Luckily we were able to visit and get a look at this change.

The float officially debuted July 1, exactly twenty years and one month after the original parade first rolled down the route on June 1, 2001.

For reference, this is how the original float appeared.

The new float bears a strong resemblance to the original, although it’s significantly more colorful by nature of its LED construction. The face on Casey Junior is the same as before, but the whistle on the front now has a more prominent and goofy face.

The side bar on the large wheel is now an actual piece that moves up and down, rather than a light effect as on the former float. Goofy still steers, as he always has.

Mickey and Minnie take their places atop the drum still. The new drum makes much more prominent use of yellow than before but still is mostly red. The lighting pattern reading “Tokyo Disneyland Electrical Parade” no longer flashes on one letter at a time, instead always staying lit with extra emphasis on one word at a time. Less space is allocated to the letters as they now have a swirly purple pattern on the top and bottom, similar to the Main Street Electrical Parade drum.

As well, the float will now occasionally turn to almost all-gold, before shimmering back into multiple colors.

You can watch a full video of Tokyo Disneyland Electrical Parade: DreamLights, including the new float, below on our YouTube channel.

What do you think of this update? Are you sad to see the original Casey Junior retire? Let us know in the comments below!