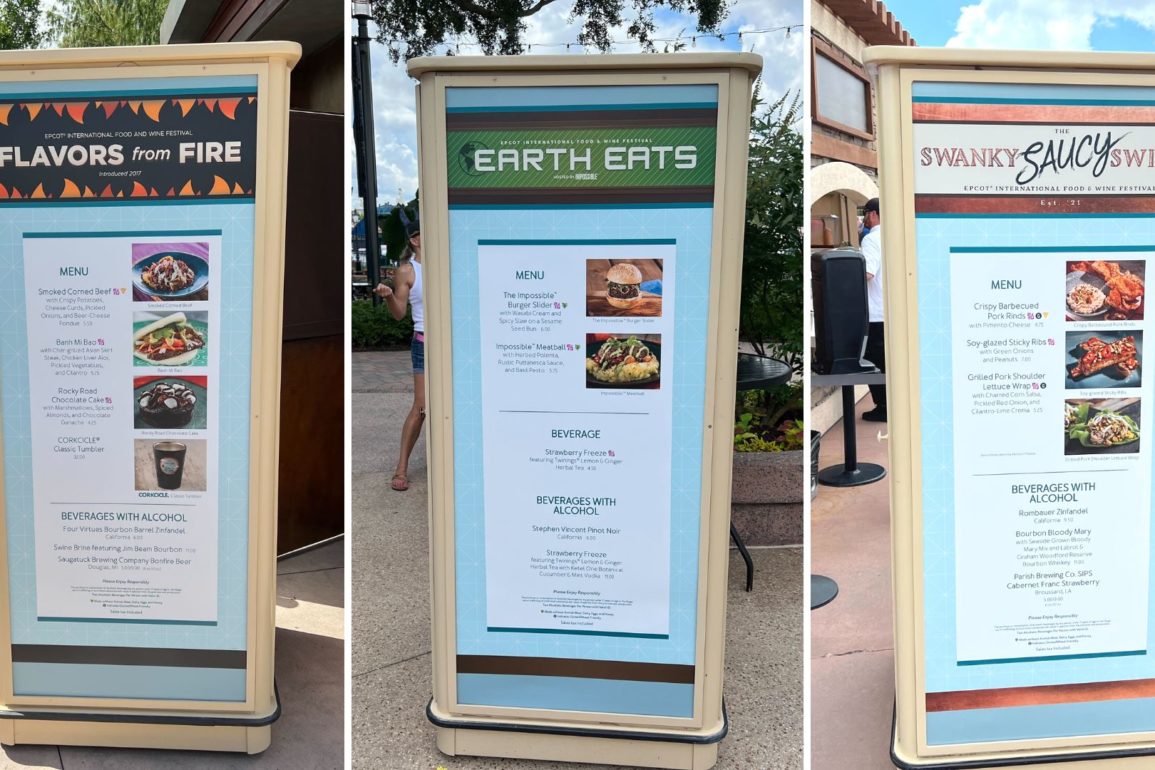 The first several menus for Global Marketplace booths at the EPCOT International Food & Wine Festival 2022 are now available throughout the park.

The booth signs, all labeled “coming soon” have also been posted.

Flavors from Fire has their menu up.

A special reusable Corkcicle will be available during this year’s festival.

Coastal Eats and Mac & Eats have signs and menus.

The same was true at Shimmering Sips.

The Earth Eats menu is available.

The Noodle Exchange has yet to make their menu available.

Flavor Full Kitchen is near the Imagination! Pavilion.

The Hawai’i booth is also missing a menu.

Cast Members were preparing Swanky Saucy Swine, which had a menu posted.

This booth was established last year.

This board also had information about Emile’s Fromage Montage.

This food scavenger hunt sends guests on a quest to try some specific items from around the festival.

There’s no menu at the China booth yet.

A menu has been posted at the India booth, outside the China Pavilion.

The Germany booth is next to the Germany Pavilion.

The menu is on the walkway.

There’s no menu at The Alps booth yet.

Nor at Kenya, Italy, and Spain.

Hops and Barley, outside The American Adventure, also doesn’t have a menu.

Greece is outside the Morocco Pavilion.

The Tangierine Cafe in the Morocco Pavilion will participate, but doesn’t have a Food & Wine menu posted yet.

Japan is, of course, next to the Japan Pavilion.

The Brazil booth doesn’t have a menu yet.

Nearby is the Belgium booth.

The Australia food both has a themed façade, but the attached booth is just plain steel.

The Australia booth does have a menu posted.

The Ireland booth, near the U.K. Pavilion, has their menu.

Refreshment Port doesn’t yet have their Food & Wine menu.

The Fry Basket doesn’t have their sign up yet, so it still reads “Sunshine Griddle.”

They did have their menu posted, though.