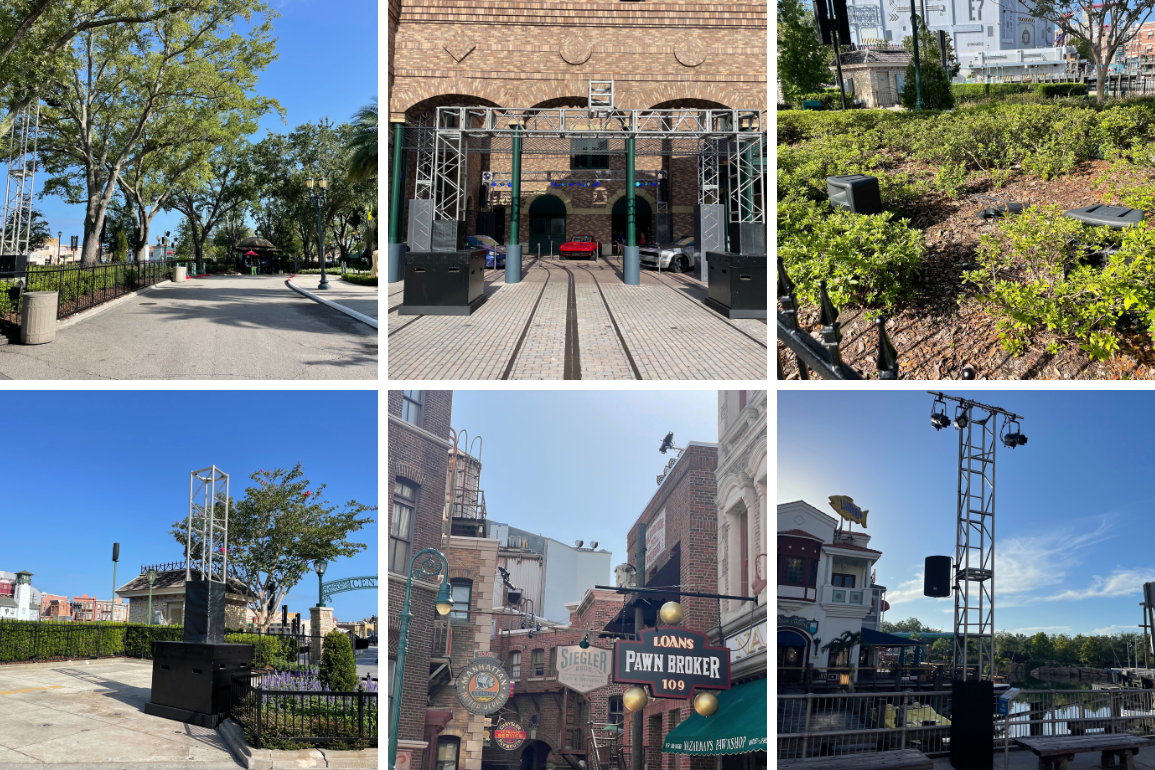 Halloween Horror Nights is just around the corner and Universal Studios Orlando is preparing for the event by placing lights, speakers, and even props for a new scare zone around the park!

The metal, skeletal base to a scare zone has been added near Fast & Furious — Supercharged.

There is usually a scare zone placed here, so we’re not too surprised to see something go up around this area.

The set seems to be accompanied by a couple of speakers.

Just across the road is a taller structure with another speaker and lights.

Walking down one of the New York alleys, you can spot clusters of lights and speakers on top of the buildings.

A closer look shows the lights are pointed at the buildings and the street below.

Another pole with lights has been installed outside the New York Public Library area. The entrance to at least two houses should be in this area.

A smaller metal structure has been placed between Transformers and Central Park.

There are no obvious speakers or lights on this one though.

Speakers have also been hidden in the bushes around Central Park.

Among the speakers in the bushes is a singular metal tower.

All in all, there is slow but steady progress being made towards this year’s Halloween Horror Nights at Universal Studios Florida. We can’t wait for the frights and fun!

Previous
PHOTO REPORT: Disneyland Resort 7/19/22 (A Quiet and Hot Day at the Happiest Place on Earth)

Next
Cracks Patched and Painted on The Circus McGurkus Café Stoo-pendous! Roof in Universal’s Islands of Adventure