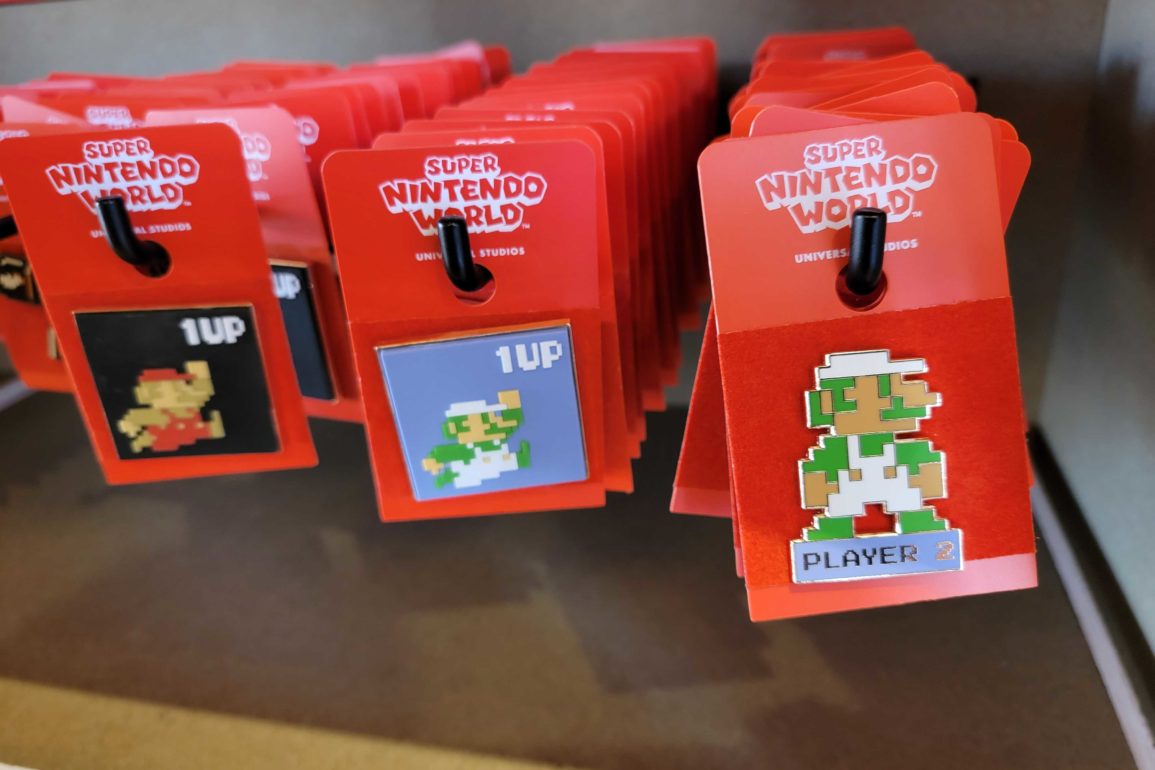 This collection is inspired by the first game from the Super Mario Odyssey series, the classic Super Mario Bros., first released for NES (Nintendo Entertainment System) in 1985. The original game had 8-bit graphics, thus the pixelated design for these retro pins.

Level up with 8-bit Mario as he leaps to victory on a matte, black background. The texture is a squishy plastic where Mario and the “1-Up” phrase are slightly raised.

This pin features Luigi mid-jump on a light blue background. The square pin is made from the same plastic material as the pin above.

Any person with older siblings knows what it’s like to be stuck as second player, and Mario’s younger brother Luigi is no different. This pin features 8-bit Luigi and the phrase “Player 2” on the base of the pin.

Let us know what you think of this 8-bit Mario and Luigi pin collection in the comments below. And check out our most recent update for Super Nintendo World, which is set to open next year.