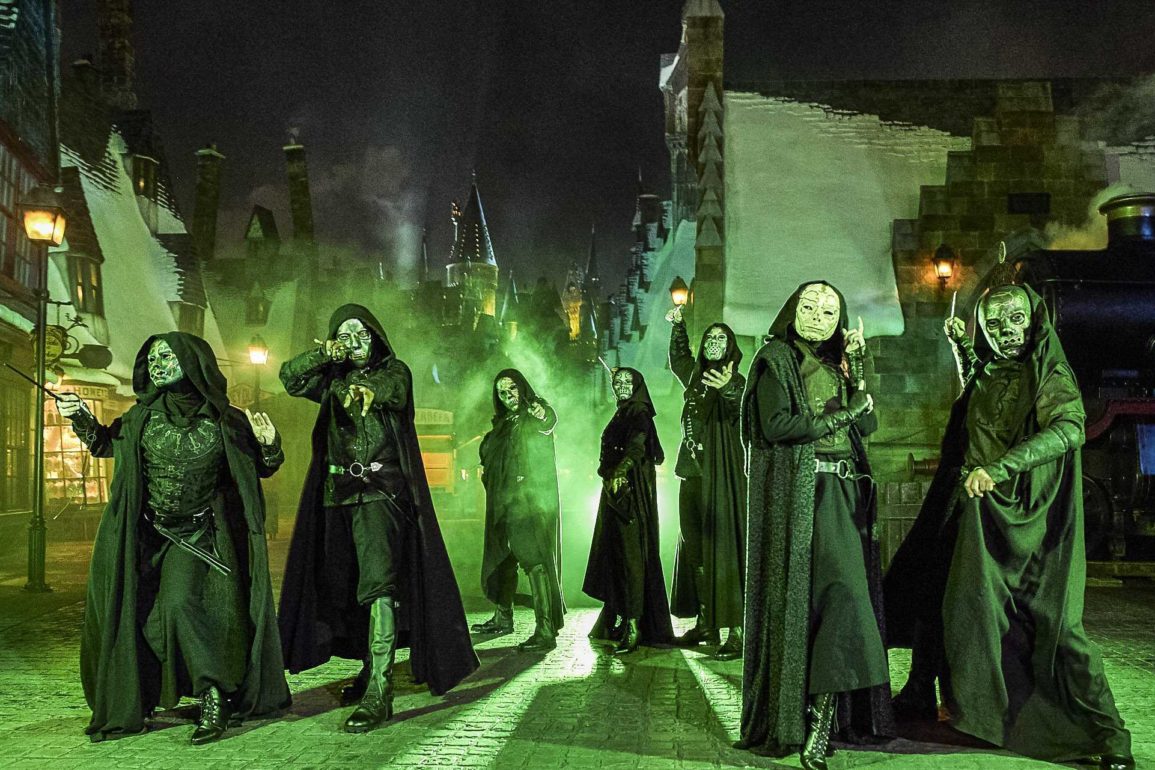 Death Eaters will appear in The Wizarding World of Harry Potter at Universal Studios Hollywood for the first time during Halloween Horror Nights 2022 this year.

The Wizarding World of Harry Potter, including attractions Harry Potter and the Forbidden Journey and Flight of the Hippogriff, will be open during Halloween Horror Nights. Death Eaters, Voldemort’s followers, will roam Hogsmeade village looking to find more wizards loyal to the Dark Lord’s cause.

Death Eaters previously appeared in Hogsmeade at Universal’s Islands of Adventure during The Dark Arts at Hogwarts Castle. Watch our video below.