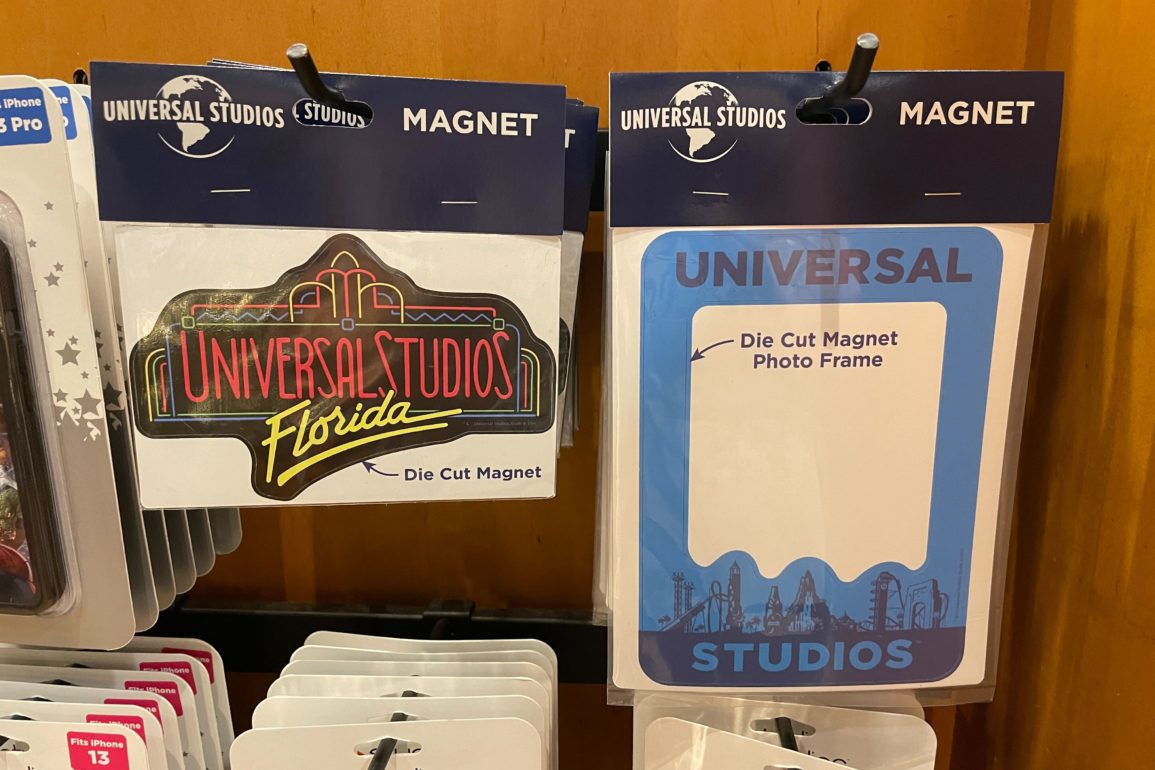 Decorate your fridge with one of these three new Universal magnets available at Universal Orlando Resort.

There is a marquee magnet, photo frame magnet, and Jurassic Park logo magnet.

The photo frame magnet is light blue, with “Universal” on top and “Studios” on the bottom.

Famous rides and park icons, including the Universal Studios Florida archway and Universal’s Islands of Adventure’s Pharos Lighthouse, are along the bottom in a darker blue.

This magnet resembles a neon Universal Studios Florida marquee against a black background.

Finally, this magnet is the classic “Jurassic Park” logo, including the silhouette of a T. rex skeleton against a red background. This is a new version of the chrome magnet still available.

The chrome magnet (above) has shiny silver lettering instead of solid white.