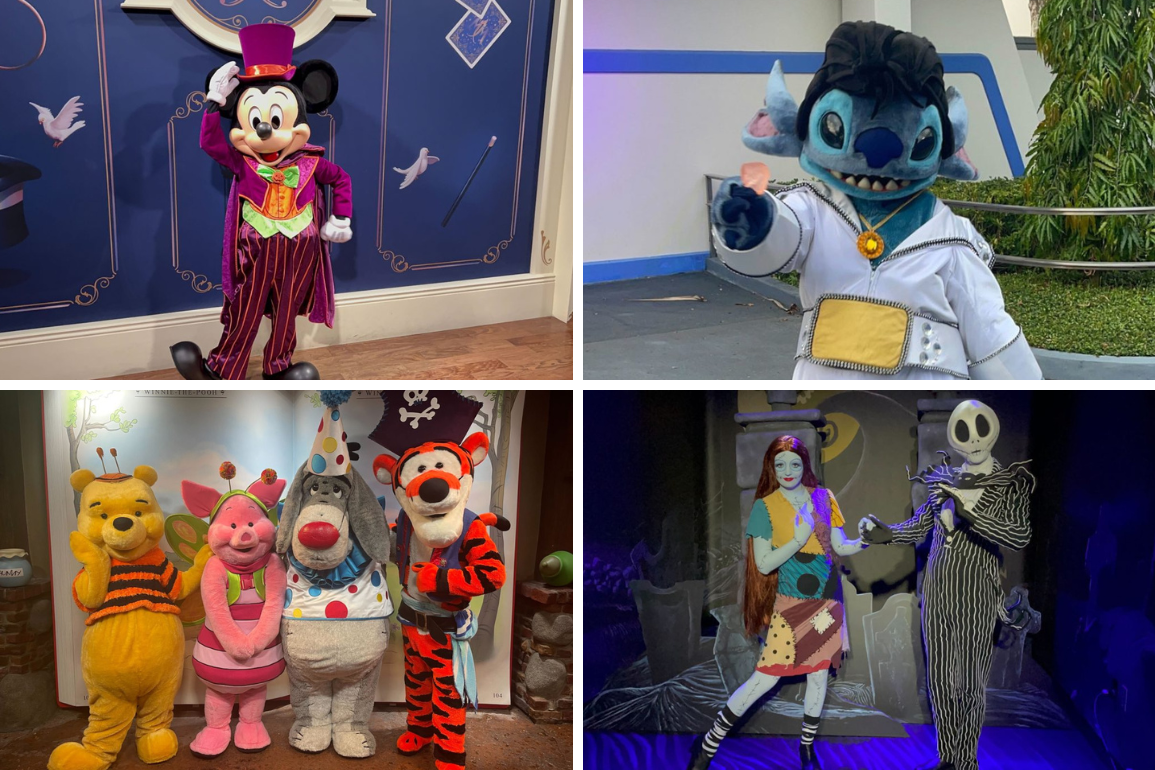 There are plenty of characters to meet at this year’s Mickey’s Not-So-Scary Halloween Party! Jack Skellington and Sally even have their own dedicated indoor meet-and-greet space for the first time. Let’s take a trip around Magic Kingdom to find all the characters we can.

The couple who was simply meant to be are meeting at Town Square Theater during Mickey’s Not-So-Scary Halloween Party. They have taken over Tinker Bell’s meet-and-greet space. Signs inside and out advertise their appearance for the evening.

Because Tinker Bell still hasn’t returned to Pixie Hollow, the entire meet-and-greet queue has been redecorated for Jack and Sally.

A striped snake is on the floor.

There are cauldrons and banners featuring other “The Nightmare Before Christmas” characters. Glowing jack-o’-lanterns are atop each banner pole.

One has a smiling Oogie Boogie

Pinstripe bows with skulls in the center are at the bottom of the banners.

Banners for Jack’s dog Zero and the mayor hang in the meet-and-greet space.

Jack and Sally are posing in front of a backdrop resembling the Halloweentown graveyard.

As has been standard for holiday parties for several years, guests get a card with the characters’ autographs so they don’t have to stop for autographs during the meet-and-greet.

Mickey is in his usual meet-and-greet location in Town Square Theater.

He’s dressed up in his magenta Halloween suit, complete with a jack-o’-lantern bowtie.

Captain Jack is posing for photos outside Pirates of the Caribbean.

Winnie the Pooh, Piglet, Eeyore, and Tigger are out meeting guests in their adorable costumes near The Many Adventures of Winnie the Pooh. Pooh is dressed as a bee, Piglet as a butterfly, Eeyore as a clown, and Tigger as a pirate.

The “Alice in Wonderland” characters can be found outside Mad Tea Party.

No, George isn’t the brother of the Sanderson Sisters. He’s the friendly monster from “Monsters, Inc.” who unfortunately has frequent run-ins with objects from the human world — like the sock on his back.

Watch our video below to see the character meet and greets at Mickey’s Not-So-Scary Halloween Party 2022.