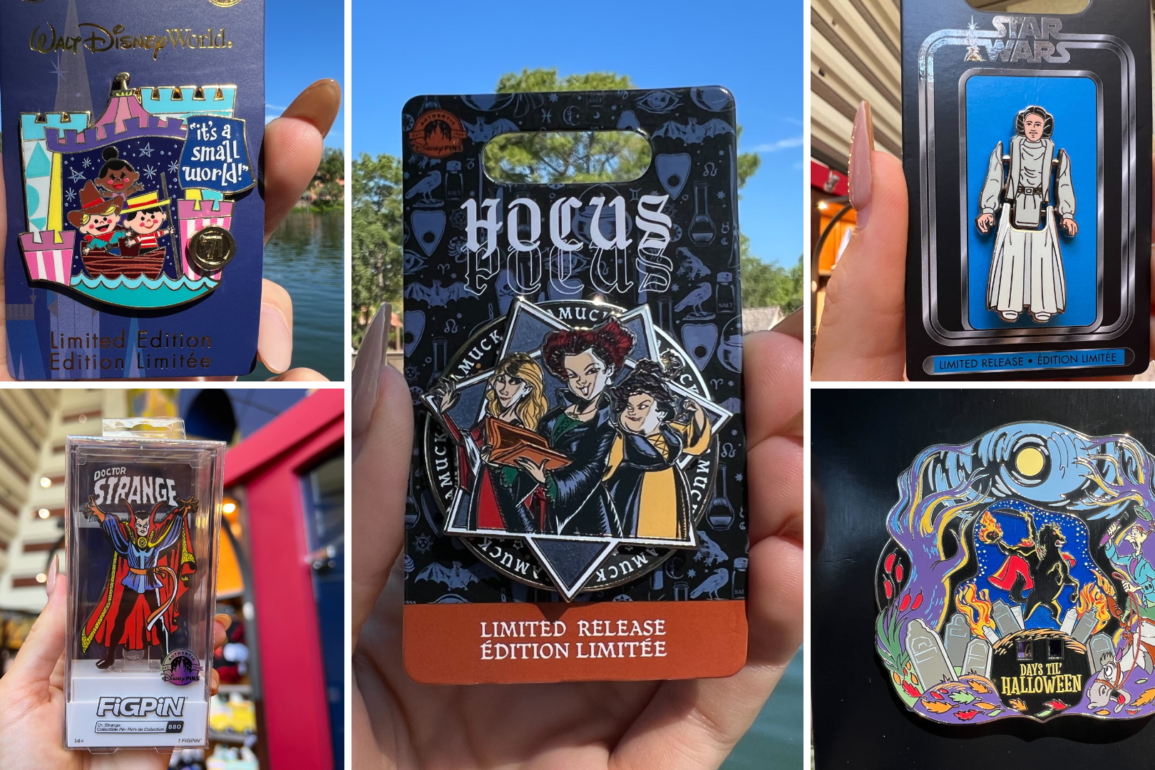 This limited release Hocus Pocus pin features the Sanderson sisters: Winifred, Sarah, and Mary. The dial behind the witches features “Amuck Amuck Amuck” around the edge- since “All Hallow’s Eve has become a night of frolic- where children wear costumes and run amuck!”

This pin comes ahead of the release of “Hocus Pocus 2” on Disney+, coming September 30.

This limited edition “Halloween Countdown” pin features Ichabod Crane and the Headless Horseman, as well as a working numerical countdown to Halloween!

This pin has two dials on each side that spin so that you are able to actually adjust the countdown as Halloween nears!

This limited edition “it’s a small world” features three characters from the “happiest cruise that ever sailed”! This pin is part of a limited run of 3000.

Inside the box you can find one of ten random pins. Some of the options include pins that feature all three Sanderson sisters, some that feature the sisters individually, and even the Transformation Spell!

We found a second Marvel FiGPiN, this one featuring the Scarlet Witch.

You can also check out the 50th Anniversary FiGPiNs released last year.