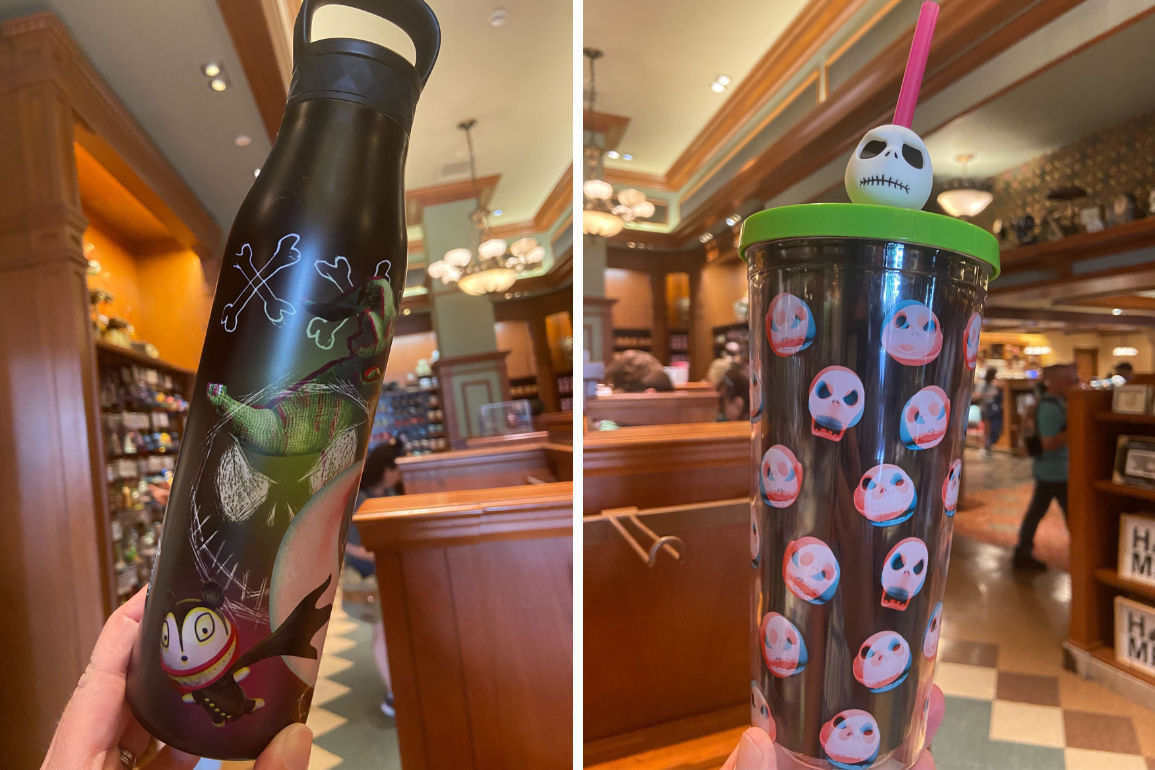 There are only 85 days until Halloween, but Disneyland Resort has you covered with a new Nightmare Before Christmas water bottle and tumbler. We picked these up at Julius Katz & Sons at Disney California Adventure.

The water bottle most prominently features Jack and Sally together along with various others.

Various “stitched” and “etched” motifs play among the background and foreground.

All of the characters are displayed in the new 3D-esque style.

Zero, Oogie Boogie, and even one of the toys Jack delivered also make an appearance.

This Jack Skellington tumbler is patterned with his iconic skull in a variety of expressions.

The pattern is also in the new 3D-esque style.

Check out more Nightmare Before Christmas merchandise that recently arrived.

Show Your Love for the Dapper Dans With a New Loungefly Hat Available at the Magic KingdomMarch 31, 2022
Tony Orlando Replacing A Flock of Seagulls During Garden Rocks Concert Series at EPCOT International...May 9, 2022
Tables and Chairs Added to Connections Café and Eatery as Restaurant Nears Opening at EPCOTApril 8, 2022